The History Of The Travelers Championship 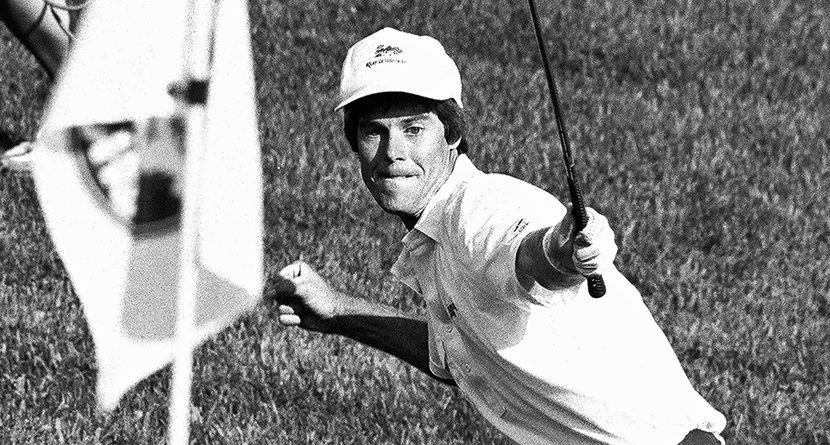 The PGA Tour lands in Cromwell, Conn. this week for the Travelers Championship, hosted by TPC River Highlands.

The event was first held in 1952 as the Insurance City Open. Fifteen years later it was re-branded as the Greater Hartford Open. From 2004-2006 it was called the Buick Championship before the current name took affect in 2007.

The tournament has taken place at River Highlands since 1984, although until 1991, the course was called Edgewood Country Club. In the years before that, Wethersfield Country Club played host.

The Travelers Championship has a rich and exciting history. Here are some of the highlights over the years:

1952: Ted Kroll is the tournament’s first champion. He fired an 11-under par 273 over the four-day event. Heavy rain and high winds plagued the final round, which was almost postponed.

1956: Arnold Palmer wins with a 10-under total. The victory was the second of his professional career but his first in the United States.

1974: After finishing four shots ahead of runner-up Raymond Floyd, winner Dave Stockton gets a congratulatory phone call from President Gerald Ford. He was walking to the clubhouse when he was asked to return to the pressroom to take the call. “He said he hadn’t watched on television,” Stockton said of the conversation with the president. “He’d been out playing golf at Burning Tree. Said he’s made five pars.” Stockton then donated his $40,000 in winnings to a local Hartford charity.

1982: Tim Norris breaks the tournament scoring record by finishing with a four-round total of 259, which equated to 25-under par.

1989: Needing a par to force a playoff with Wayne Levi, Azinger instead chips in on the final hole to win.

2002: Phil Mickelson was the first person to successfully defend his title. Mickelson carded a 14-under-par total of 266.

2003: Peter Jacobsen nearly goes two decades between wins at the tournament. He initially triumphed in 1984, and then won 19 years later in 2003. Interesting fact: Jacobsen’s winning share of the purse increased from $72,000 to $720,000 during that time. 2011: Amateur Patrick Cantlay shoots a 60 in one of his rounds — the lowest score by an amateur in the history of the PGA Tour. He earned numerous collegiate and national golf awards that year; in 2012, he turned professional.