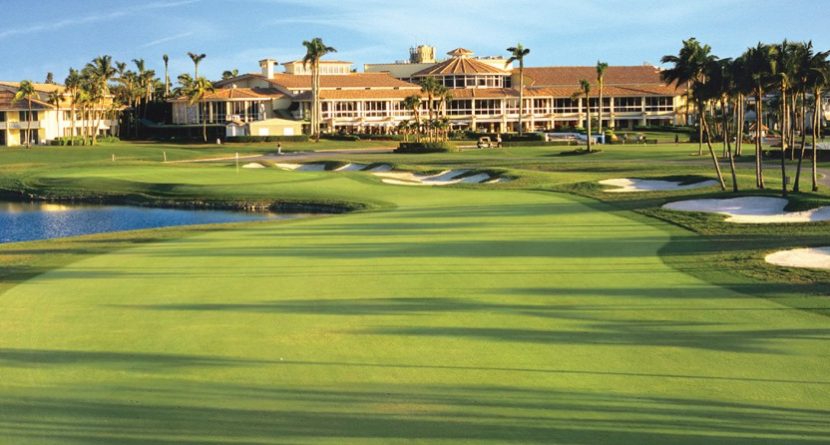 A year ago, Tiger Woods grabbed his second victory of the young season by crushing the TPC Blue Monster course at Trump National Doral Golf Club, carding a 19-under 269 and walking with $1.5 million. Less than a month later, Donald Trump “blew up the Blue Monster.”

So as the world’s best golfers return to Miami this week for the World Golf Championships-Cadillac Championship, the course they see at Doral – despite being on the PGA Tour longer than any other course aside from the Riviera in Los Angeles – will be very unfamiliar. Trump spent $250 million on renovating the course and overall resort, $100 million more than what he paid for the bankrupt property in 2012. And he hired 2016 Olympic golf course designer Gil Hanse to oversee Doral’s construction.

In general, the course was lengthened significantly. And players had to contend with water on only six holes previously, but the wet stuff is now a factor on 14 holes. Yet while the golfers might not like some of the changes, the fans should appreciate them; new mounding has improved sightlines all over the course.

Here’s a look at some of the monster changes:

– The Blue Monster’s first hole was given 80 extra yards, a new fairway bunker and a new lake immediately to the right of the new green. It was the tournament’s easiest hole last year with an average score of 4.41, but the pros will have a tougher time reaching in two now.

– Every green at Doral is new, and the putting surface at No. 7 is now on a lake.

– The eighth hole, a par 5 that use to run right, now goes left.

– One of the more challenging greens comes at No. 11, a 428-yard, par 4. Small plateaus sit in the back-left and back-right portions of the green.

– The green on the 14th hole features a new level in the back-left corner.

– Doral’s 15th hole probably underwent the biggest transformation. It used to be a 175-yard par 3. Now, it’s 153 yards with a peninsula green jutting into a new lake, and that putting surface has two levels. Spectators will have a great view of this green from new mounding next to the tee at 16.

– One of the few holes to be shortened was No. 16, a par 4 that measured 372 yards but is now more compact by 30 yards. That makes the green drivable to the pros, but they must carry over water.

– The Blue Monster’s signature hole remains No. 18, which saw few alterations. Some new trees replaced damaged ones, the fairway was elevated slightly, and an amphitheater effect with the mounding was added to aid spectators watching pros close out their rounds. This 467-yard par 4 played as the course’s toughest hole last year with an average score of 4.38, and nothing Trump did should change that.