The Odds: Jason Day Primed for Win at Congressional 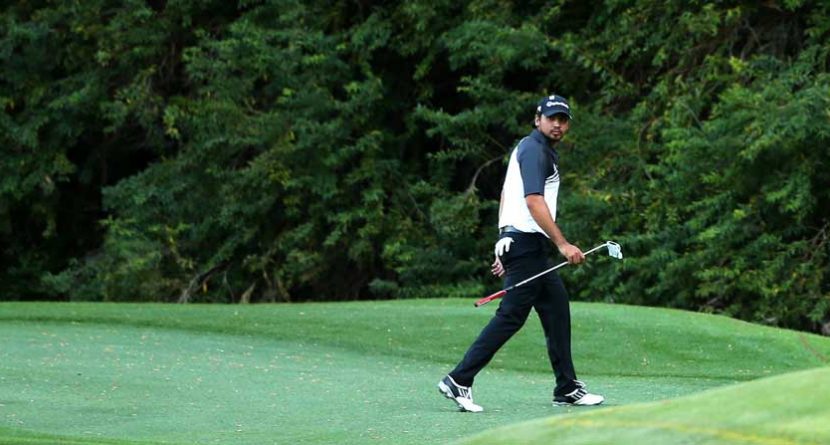 Be sure to check back every week as the experts at The Linemakers provide odds and analysis of the latest golf tournaments and the athletes competing in them.

LAS VEGAS — Last Sunday was a wild and crazy day on the PGA Tour, as the Travelers Championship lived up to its reputation for exciting finishes.

There were five guys tied for the lead at 10-under par – and four more at 9-under – as the field made the turn for the back nine.

The eventual winner was 44-year-old Ken Duke, who shot a final-round 66 to finish at 12-under for his long awaited first PGA Tour win.

Duke hit the ball into the trees on No. 10, and it bounced back out to land three feet from the cup – it looked like one of those Travelers commercials that played all weekend on CBS’ broadcast. He made that putt, later sunk a 40-footer on the back nine and looked to have the tournament wrapped up before 31-year-old Chris Stroud chipped in on the final hole to force a playoff.

Duke won the playoff when he hit a brilliant wedge to about 2 or 3 feet from pin on the second playoff hole. He made the birdie putt and earned a trip to Augusta National next year for The Masters to boot.

It’s quite a story. Duke had played in almost 200 PGA Tour events before his breakthrough.

Oh, and Bubba Watson absolutely gave away the tournament when he hit it in the water on the par-3 16th hole and ended up making a triple-bogey six. Bubba had a one-shot lead at the time and didn’t handle his disappointing play well, as he blamed caddie Ted Scott for the club selection. In and of itself, that would be not be a big deal, but he blew up at Scott in range of the microphones and basically made a fool of himself on national TV. He ended up finishing fourth.

By the way, Bubba was our top play last week. Ouch.

Now we move on to the AT&T National at Congressional Country Club in Bethesda, Md.

Tiger Woods hosts this event, but he will not be playing the 7,569 yard, par-71 monster. Tiger, who won the tournament last year, withdrew last week with an elbow strain. He will not play again until the British Open, which begins on July 18th.

You need to be long at Congressional to be a factor. You also need to be a good long iron player. Here are four guys with a big shot this week.

JASON DAY (15-1). Day likes difficult golf courses. He finished second at the U.S. Open, third at The Masters and sixth at Pebble Beach this year, and he has four top three finishes in the last 10 majors. This golf course is right up his alley.

GRAHAM DeLAET (30-1). DeLaet finished third last week, his best showing of the year. The Canadian can play, though, as his $1.3 million-plus in earnings for the year and No. 29 world ranking shows. He is as long as anyone out there and is going to get a win soon.

ANGEL CABRERA (60-1). Cabrera has rededicated himself this year, and it has shown. He was second at The Masters and tied for ninth last week. He plays well on tough golf courses, and this one certainly qualifies.

NICOLAS COLSAERTS (60-1). This guy is just scary long, and his iron play is solid as well. The 30-year-old Belgian has three top 10s on the year, including a tie for tenth at the U.S. Open at Merion. His game should be well suited for Congressional. He’s on the verge of doing special things.

Since we think Day has a very good shot this week, we are also using him at +130 in his matchup against tournament favorite (12-1) Adam Scott.

Next week is the Greenbrier Classic in West Virginia. Enjoy the golf!