The Odds: Watson Has What It Takes to Pay Off at Greenbrier 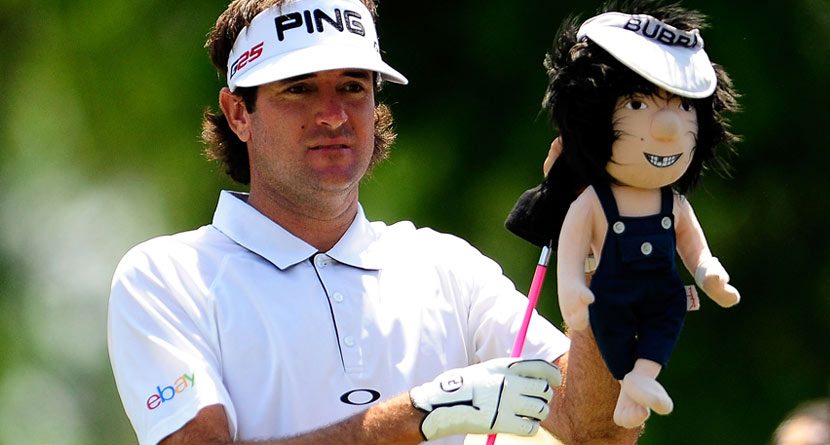 Related Links: The Baddest Bunker In Golf | Cleveland Gives Us a #Wedgeducation

LAS VEGAS — Bill Haas (40-1) took the lead for good on the front nine last Sunday in the AT&T National and never looked back. He had at least a two-shot lead through the back nine and ended up winning by three shots over Roberto Castro who was in the field at (9-4).

Haas made 25 birdies for the week and ended up shooting a 5-under 66 on Sunday. He has won at least one event in each of the past four years on the PGA Tour. The only other players to do that are Phil Mickelson, Dustin Johnson and Justin Rose.

We did not use Haas for the tournament, but we did have Jason Day (+130) over Adam Scott in a matchup and Day was the winner there when he shot 69 on Sunday. Scott ballooned to a final-round 76.

This week the PGA Tour moves to the Greenbrier Classic in White Sulphur Springs, West Virginia.

The course is called The Old White TPC, and it’s a 7,287-yard par-70 design. It’s a little unusual in that the front 9 is par 34 while the back side has the only two par 5s and is par 36. It’s also unusual that the final hole is a par 3. The only other course on Tour with a closing par 3 is East Lake.

Last year the winner was Ted Potter, Jr. He eagled the 17th and birdied the 18th just to get into a playoff with Troy Kelly. Potter, Jr won on the third playoff hole.

Who are we looking at this week? Well, for starters, you have to be able to go low here. This is the course where Stuart Appleby shot a final-round 59 to win in 2010.

BUBBA WATSON (20-1). This is his first appearance at the Old White TPC, but we all know Bubba can shoot low numbers. He was off last week after blowing the lead at The Travelers and finishing T4. Believe it or not, he is fourth on Tour in greens in regulation.

GRAHAM DeLEAT (25-1). We backed DeLaet last week and he tied for eighth. He was third the week before at the Travelers Championship. He has five top 10s and 10 Top 25s on the year and is going to break through soon.

JORDAN SPIETH (40-1). Spieth showed last week why he is going to be a great player. He battled back in the final round to tie for the lead at one point and ended up finishing sixth. He has five Top 10s on the year and has won over a million dollars. That’s amazing for a 19 year old. He is going to win sooner rather than later.

For our matchup of the week we are going to use Spieth (-110) against Russell Henley. Henley is another fine young player, but we’re sold on Spieth’s game. These two were paired in a matchup last week and Spieth was EVEN, so the -110 seems like a fair price.

Next week it’s on to The John Deere Classic, and then we move to the Open Championship at Muirfield, Scotland.