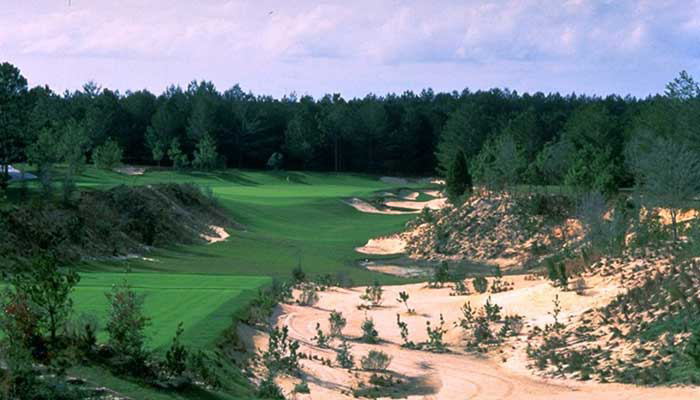 For now we’re still all basking in the warm glow of the holidays, but come mid-January when Old Man Winter has settled his frostbitten rump firmly on the northern half of the U.S., our patience with ice and snow will have worn thin, and it will be time for a necessary escape – the winter golf getaway.

Picking a destination can be dicey, as there have been times when even Florida has endured frost delays. In 2000, Texas, Arizona, New Orleans and northern Florida all saw snowstorms and the Cotton and Fiesta Bowls were played in white-out conditions.

You read that correctly – a white-out at the Fiesta Bowl.

Still Florida, SoCal, Texas and Arizona are the safest bets for tolerable weather and great golf. Over the next few weeks, we’ll take a look at the best choices. For now we’ll start with the most likely spot for great weather – Florida.

“Where can I go play that other people haven’t seen?” asked Back9Network reader Mike Mosely. “Someplace really cool that’ll have some cache.”

That’s easy. World Woods Golf Club in sleepy Brooksville, far off in the barely chartered backwaters of western central Florida. Tampa is roughly 90 minutes away with Orlando and Gainesville are about two hours distant, and the two-lane roads that connect Brooksville with the rest of the world seem more remote the further you drive, but this seclusion adds to World Woods’ charm, for hidden in this thinly traveled recess are, perhaps, Tom Fazio’s best public golf courses – Pine Barrens and Rolling Oaks.

Pine Barrens, the flagship, is internationally celebrated not just as Fazio’s faithful tribute to the venerable New Jersey classic Pine Valley, but, since its inception in 1990, the course has captured the hearts and imaginations of the golfing cognoscenti, a modern classic.

Length is not an issue at Pine Barrens. Average players can choose the Back tees (6,458 yards, rating 71.6, slope 134) over the Middle tees (6,032 yards, rating 69.8, slope 129) and not feel overmatched. There are few (if any) forced carries from the forward tees (5,301 yards, rating 70.9, slope 119). Experts can find plenty of challenge from the pronounced angles and forced carries offered by the Tournament tees (6,902 yards, rating 73.7, slope 140). The only water hazard on the course guards the front left of the green at the short par-3 third hole, a design feature Fazio should use more often as one of the criticisms of his work is that he tends to rely too often on water as a defense.

Neither course at World Woods overwhelms with breathtaking vistas. Instead, at Pine Barrens, Fazio took otherwise lackluster surroundings – brush and sandy scrub – and crafted a course that is an archetypal masterpiece of strategic golf architecture. Holes appear intimidating from the tee with their vast sandy waste areas, but fairways are actually wide and welcoming. While the waste bunkers that line the fairways are not excessively difficult, yawning chasms of sand await misplayed iron shots, especially on the short but terrifying par-5 fourth and the reachable, but sand-studded par-4 15th. Best of all, with the woodland areas clear of debris and due to the prevalence of the waste areas, novices will stand a strong chance of finishing their round without losing a single golf ball.

Most importantly, World Woods gave birth to a whole new school of “scrub and pines” golf course architecture. Courses with the same look and feel have sprouted in New Jersey, Nebraska, Florida, and the Carolinas just to name a few.

Nevertheless, World Woods still remains a well-kept secret, one of the lesser-known “greatest” courses in the country. Few have it on their travel radar screen and fewer still make the out-of-the-way trek to play it, but make no mistake, the most knowledgeable and savvy golf travelers never miss a chance to play.

Trading stories of rounds at the world’s great courses is part of the après golf. Connoisseurs who have played such public masterpieces as Whistling Straits, Bandon Dunes, Koolau, Kuari Cliffs or Barnbougle Dunes all agree – World Woods is world class.