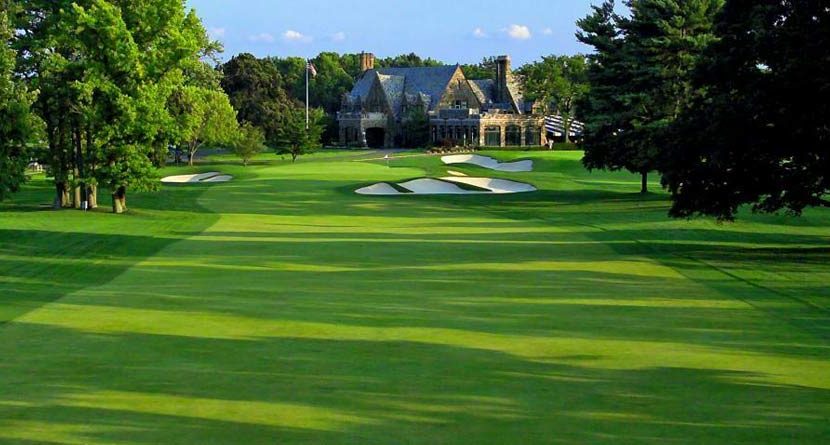 MAMARONECK, N.Y. – No golf course in the world has as much of a devastating synergy of history and misery as Winged Foot, Graveyard of Champions. Both Phil Mickelson and Tiger Woods called it “the toughest U.S. Open venue of all,” echoing the sentiment that has resounded though the decades, from Nicklaus and Palmer to Sarazen and Snead. Winged Foot has forever been the course where golf’s greatest champions go to die.

Now with last week’s announcement that the U.S.G.A. will bring the 2020 U.S. Open to the fabled West Course, Winged Foot will host its sixth U.S. Open since Bobby Jones won there in 1929. Winged Foot also hosted the 1997 PGA Championship won by Davis Love III.

“It’s a phenomenal choice, Winged Foot has everything,” said golf architecture expert Bruce Moulton. “It’s seen some of the greatest history of the game, it’s a difficult, but fair test of golf, and it always gives us a dramatic finish.”

Dramatic might not be the word Phil Mickelson or Geoff Ogilvy would use to describe Phil’s horrific fall from the sky in 2006, where he blew a the three shot lead with three holes to play, including a shocking double bogey at the 72nd hole.  Over those final three holes he hit two trees, two bunkers, a garbage can and a merchandise tent.

“Devastating,” confided a shocked Mickelson after it happened.

“Nothing good happens to you when you miss the 72nd fairway by 70 yards,” chuckled golf architect Pete Dye, referring to both Mickelson and Dustin Johnson, who infamously lost the 2010 PGA Championship at Dye’s Whistling Straits when he took a penalty after hitting into  bunker well right of the fairway.

Still, no course is as ruthless and relentless as Winged Foot. In 2006 alone, the closing hole dashed the hopes of not only Mickelson, but Colin Montgomerie (who took double bogey despite holding a 7-iron in his hand in the middle of the fairway), Jim Furyk (who fidgeted over his final putt with the same agitation he displayed at Olympic Club and Medinah before…you guessed it…missing) and Padraig Harrington, who played the hole 5-over for the week. And that was just the leaders!

Winged Foot is among the great major championship venue that is among the hardest golf courses in the world, yet has no water hazards — akin to The Olympic Club, Oakmont and Shinnecock Hills.

“When you have great greens and fairway undulations like Winged Foot, Oakmont, Shinny and The Olympic Club, you don’t need water everywhere.  The ground contours defend par themselves,” noted Moulton. “While Olympic Club hosted last year’s Open, Oakmont and Shinnecock are both slated for returns as well, in 2016 and 2018 respectively.”

Winged Foot’s return sets the stage for the possible return of another multiple U.S. Open host and nine time major championship site – Oakland Hills Country Club’s South Course, in Bloomfield, Mich.  Golf insiders have speculated for two years now that the PGA of America and U.S.G.A. did an informal swap, “trading” Oakland Hills for Bethpage. A PGA Championship host in 2008 and Ryder Cup venue in 2004, Oakland Hills is expected to be selected to host a U.S. Open early in the 2020s. Meanwhile, Bethpage Black, home of the 2002 and 2009 U.S. Opens is expected to be named as host of a future Ryder Cup, PGA Championship, or both.

While no formal announce ment has been made, there are encouraging signs from golf’s powers that be. Regarding Oakland Hills, in an as-yet unpublished interview, U.S.G.A. Executive Director Mike Davis told me, “That is a tried and true major championship course. It’s also a club that’s incredibly supportive of golf whether, professional or amateur, so absolutely you might see an Open there.”

When asked about the perceived “trade” of Bethpage for Oakland Hills, Davis stated, “So many people think that the PGA and U.S.G.A. are competitors, but we talk all the time about everything, venues included, and we view ourselves as almost partners. For example, the PGA is having its championship at Baltusrol in 2016, even though it’s also a U.S. Open venue as well….If you look at it throughout history, venues move from being U.S. Open venues to PGA Championship venues and vice-versa all the time.”