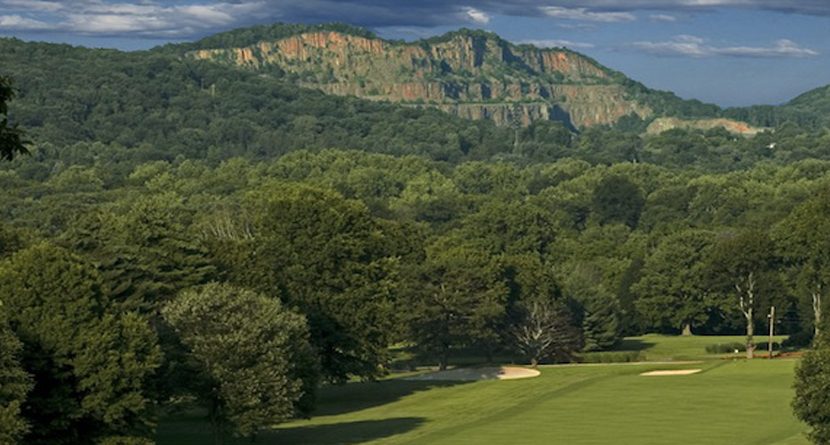 Paramount Country Club, formerly Dellwood, needed a restoration typical of many Golden Age golf courses. Greens and fairways had shrunk or moved due to changes in mowing patterns. Trees had choked the fairways, and bunkers had evolved so that their original strategies had been lost. Now Urbina has brought back not only the original look of the golf course, but all the subtle strategies and architectural features Tillie designed.

A.W. Tillinghast did things at Paramount that he rarely did at his better-known courses. Tillie rarely built skyline greens (where the golfer approaches from so far below the level of the green, he only sees the flag silhouetted against the sky), center-line fairway bunkers or markedly dramatic uphill ascents to a green perched on top of a mountain (like No. 15 at Bethpage). Yet he built all three of those rare-for-Tillinghast design features in the first six holes alone at Paramount.

“The start of Paramount is as original and inspiring as anything Tillinghast did anywhere,” said golf course architecture expert Jon Kulok. “You climb to the top of the hill and turn to see a panoramic view of the Palisades, then slowly wind your way to the bottom of the hill. Along the way, you play a wonderful par 5 that cascades downhill like a ski run at two, a gorgeous jewel of a par 3 at three, a centerline bunker at five and a skyline green at six.  Few of Tillie’s courses have such a blend of dramatic natural setting and strategic golf puzzles to solve.”

The centerpiece of the restoration and the chief talking point among the golf cogniscenti has been the restoration of the original 18th hole, a par 3 called a “Reef hole” in the Tillinghast vernacular. One of only a handful ever designed, “the strategy of the Reef hole allows for options short and long of the bunker, which is like the reef guarding the landmass. The ridgeline, which is at a 45-degree angle to the line of play, protects the green as well,” explained Urbina.  “The ridge allows for golfers to play to different sectors of the green if you challenge the reef.”

Urbina’s work solved one of Paramount’s great dilemmas: both its ninth and 18th holes were par 3s, one of the few courses in the entire world of golf with such a routing. Because of their one-shot nature, par-3 closing holes have to be especially good to work. It’s an abrubt, sometimes anti-climactic way to end a round.

“Anything short of an excellent hole would be a bit of a dénouement. If you’re going to close with a par 3, it should be a show-stopper like at Garden City or The Greenbrier [Old White TPC],” Kulok noted.

With Urbina’s stellar restoration of the Reef Hole, one of the course’s biggest shortcomings has now become perhaps its greatest architectural asset. The rebirth of the Reef Hole has given Paramount something unique in not only the Tillinghast pantheon of great holes, but in all of golf.

“It’s fantastic. You look forward to it the entire round,” gushed Tillinghast expert Phil Young of the Tillinghast Association, a group of golf fans and historians committed to the preservation and promotion of Tillinghast’s legacy.

Young went on to add that he felt Paramount can be considered an architectural collection of the greatest hits of A.W. Tillinghast. He’s correct in that assessment. Tillie seemed to let his hair down much more at Paramount than even at his major championship and pro tournament venues. Only his quintessential design staple, the “Great Hazard” bunker, is absent from Paramount.

Moreover, the choice of Urbina was a perfect fit. Urbina single-handedly saved San Francisco Golf Club from a horrific nematode problem. He’s cemented his legacy as a master at Tillinghast restoration, and his work at Paramount only augments that well-deserved reputation.

As golf course restoration advisor Steve Lapper said, “We were looking for preservation of the original architecture. We didn’t want to bastardize it or dilute it, and we weren’t just trying to add length or difficulty for the sake of adding length or difficulty. Jim Urbina is in that elite league of architects you can trust to exercise a creative hand over the land and achieve a natural looking result. But he also knows the value and virtues of restraint.”

The results speak for themselves: Paramount is back, and better than ever.