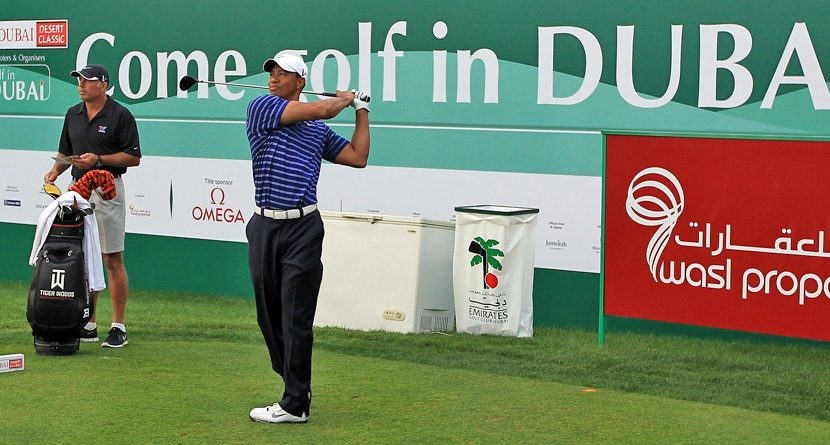 Tiger Woods has a lot going for him at the moment.

Woods recently said his left elbow, which he injured at the Players Championship in May, will be “good enough” for the Open.

With all that working in Woods’ favor, this week’s news that a golf course design project he was undertaking in Dubai was canceled shouldn’t make too much of a dent in his recent good happenings.

According to the Los Angeles Times, Woods was designing the 18-hole layout at the planned Al Ruwaya golf resort that was also supposed to include 200 villas, mansions and palaces.

The Times said Woods was paid $55 million for his work on the project.

Whether or not that was paid to him in advance, or if he was receiving it in payments remains a mystery.

As for why the project was canceled, the global economic situation is being blamed. The builder suspended work in 2010 but recently returned to the site to continue the project.

Woods has other ongoing golf course design projects, however, including one in Cabo San Lucas, Mexico and others in North Carolina and Florida.

So like we said, Woods is in a pretty good situation right now. Despite what could be a $55 million hit.