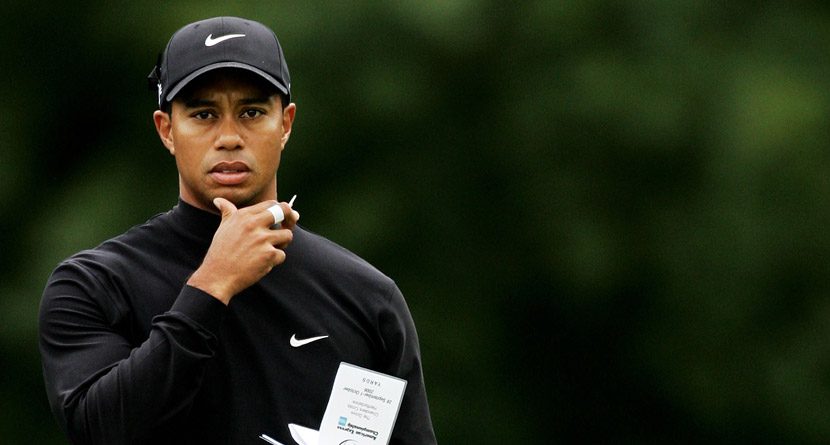 Tiger Woods may be sidelined from competition due to a back injury, but he’s found a way to stay on the course until he’s healthy enough to play again. Woods announced on his website Wednesday that he will be designing a new golf course at Bluejack National in Montgomery, Texas, the first Tiger Woods Design course to open in the United States. Construction of the course is set to begin this summer, and the completion date is slated for fall of 2015.

“With its changes in elevation, the beautiful pines and hardwoods, Bluejack National is reminiscent of the pinelands of Georgia and the Carolinas,” Woods said. “The opportunity is here to create a golf course unlike any other in the Houston area, and our goal is for it to be among the best in the nation.”

Woods hopes to make the course challenging enough for players think throughout the round, but reward them for navigating hazards with better angles for their next shot.

“We are thrilled to have Tiger working with us to develop the golf course for Bluejack National,” said Michael Abbott, Partner, Beacon Land Development. “He spent a lot of time getting to know the property and understanding its potential. Throughout the process it became clear that his vision for the golf course perfectly aligned with ours, and he shared our passion for bringing it to life.”

As if designing an 18-hole course wasn’t enough for the 14-time major champion, Tiger will also be designing a short course for Bluejack National. The short course will be ideal for short-game practice, giving families and friends the chance to come up with their own games on the course.

In addition to the 18-hole and the short course, Bluejack National will feature nearly 400 private residences for golfers who would like to stay longer than just one day. For those who do in fact choose to stay over, there’s much more to do than just golf. “The Fort” will be a recreational area and will feature a bowling alley, movie theater, pottery room and game room, as well as zip lines and a ropes course.

Bluejack National is sure to be a go-to location in the Lone Star State.