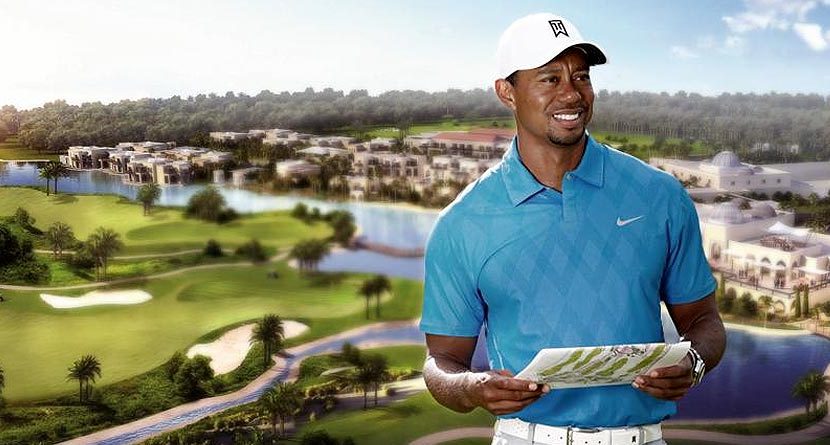 On the surface, it may not seem like Tiger Woods and Donald Trump would have much in common — other than the fact that they’re both extremely successful, rather wealthy and very talented at what they do. If you dig a little deeper, though, they could make for perfect business partners.

Thankfully, we’ll get the chance to find out in the coming years.

Woods announced on his website that he’ll be designing a new 18-hole championship course, Trump World Golf Club, inside the 55-million square-foot Akoya Oxygen community in Dubai. The club will feature a top-of-the-line clubhouse, pro shop, and a “world-class restaurant.”

Here’s what Trump said on the partnership:

“Tiger Woods is the biggest name in professional golf. His expertise comes from winning on every great course in the world, including his win at the WGC-Cadillac Championship at Trump National Doral, Miami. Tiger will be a tremendous asset in developing the course at the Trump World Golf Club, Dubai — and together, with DAMAC Properties, we will be doing something very special.”

This is the second Dubai course to be designed by Woods, however the first project was cancelled due to the economy. Trump World Golf Club is set to open by the end of 2017. Woods’ other courses, El Cardonal at Diamante and Blue Jack National, are due to open Dec. 16 and the fall of 2015, respectively.