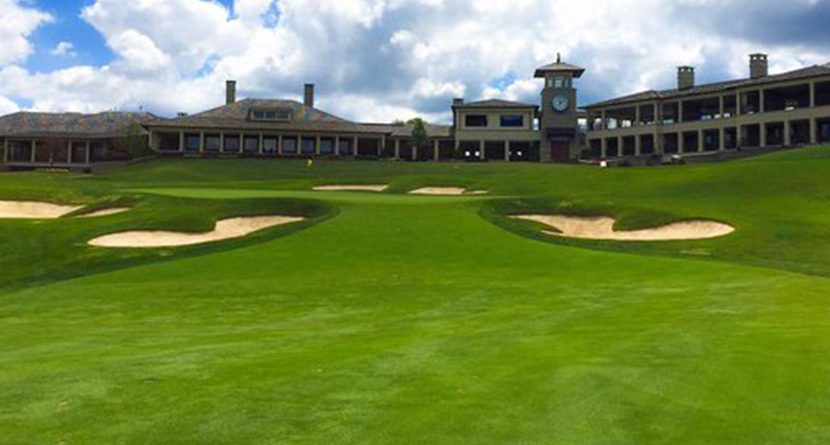 Jack Nicklaus and his design team are responsible for upwards of 400 golf courses in 41 countries around the world. His tracks have hosted about 900 championships and 142 tour stops. Celebrating his 76th birthday on Jan. 21, we honor the Golden Bear by highlighting his five best designs:

A 7,073-yard, par-72 layout, this gorgeous course offers players some of the most dramatic golf scenery in the Southeast, with nine holes coming into play along the shores of Lake Oconee. The greens and bunkering underwent a restoration program in 2009 to restore them to the shapes and sizes of Nicklaus’ original specifications. Modifications have enhanced shot value and preserved the integrity of the original design.

Shoal Creek would go on to host a number of historical events, including the 1984 PGA Championship, won by a determined and focused Lee Trevino. In 1990, the PGA Championship returned, and this time Wayne Grady was able to stave off runner-up Fred Couples for the win. Shoal Creek has hosted a number of other important events as well, including the 1986 U.S. Amateur Championship. In 1994, a young golfer named Tiger Woods helped Stanford win Jerry Pate’s National Intercollegiate with a tournament-best individual score of 206.

Sebonack features holes that offer panoramic views of Long Island’s Great Peconic Bay and Cold Spring Pond. The visual impact of the water vistas competes for the golfer’s eye with the rolling fairways, expansive bunkers and waste dunes, and undulating greens that present tricky swales and burrows. Meant to look as if manicured by time, Sebonack appears to have fashioned itself from the wild terrain.

The Ocean Course is described by course designer Jack Nicklaus as “the best golf property I’ve ever seen.” This 18-hole, award-winning course is one of the few courses in the world that offers dramatic views of mountain, desert and sea. Located at the tip of the Baja peninsula along the 20-mile Corridor between Cabo San Lucas and San Jose del Cabo, The Ocean Course is the centerpiece of the 1,800-acre residential resort community of Cabo del Sol.

Muirfield Village Golf Club was the dream and work of Jack, in association with Desmond Muirhead. The land was acquired in 1966, but construction did not begin until July 28, 1972. The golf course is situated on 220 acres, which includes an 11-acre driving range. The 18-hole layout played at 6,978 yards in its original form, but is 7,221 at present. It had 77 bunkers, a number since reduced to 71, and water can be a hazard on 11 holes.