What It Takes To Win: TPC Sawgrass 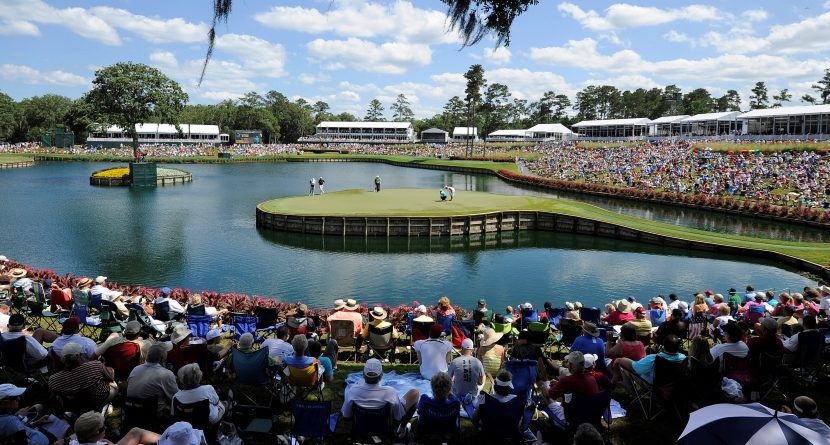 Can the PGA Tour get a break? Last week it was the poor condition of the greens at Quail Hollow; this week it’s flooding on the TPC Sawgrass Stadium Course.

Well actually, yes, the tour is getting a reprieve. After nearly 10 inches of rain fell from Thursday to Saturday in the Ponte Vedra Beach area (about 30 minutes southeast of Jacksonville) – and flooded the walkway leading to the famed island green on 17 – the sun came out Sunday and Monday to dry things up. The forecast for the rest of the week puts temperatures in the low 80’s, with the highest chance of rain coming Sunday at 40-50 percent.

To keep the course in optimal condition, officials closed the grounds to fans on Monday. Everything returned to normal Tuesday, with players practicing and fans able to watch.

Thus, the 40th annual PLAYERS Championship should go off without a hitch, which is to say it will be a beast. It’s unofficially known as the “fifth major” because it regularly features the season’s toughest overall field and largest prize purse — $9.5 million total, $1.71 million to the victor.

To walk with that ransom, it goes without saying that players must steel themselves for the 17th. They actually get a confidence-booster at 16, a short par 5 (523 yards). It ranked as the easiest hole during the 2012 PLAYERS, featuring 18 eagles and 181 birdies.

But the finishing hole is where champions are made. No. 18 is a 462-yard par 4 with a dogleg to the left, and water all along the left of the fairway. Matt Kuchar’s consistency on 18 helped him hold on for a two-shot victory at THE PLAYERS last year. En route to his overall 13-under-par score, he parred the 18th in each round despite bogeys on 17 Saturday and Sunday.

Kuchar also helped himself by playing the front nine at 7-under over the four days. TPC Sawgrass is a course that allows players to start well, as Nos. 2-4 were ranked among the seven easiest holes in 2012.

But the course is known for its island green. It’s arguably the most unique hole in the world, and fans often fight for prime seats at 17 rather than 18.

No. 17 doesn’t always make or break a round, though. Robert Allenby (36 rounds), John Rollins (30) and Vijay Singh (29) hold the longest active streaks of rounds played without getting wet at 17, but none of them have ever won the PLAYERS title.

The goal at TPC Sawgrass isn’t to master the 17th hole. You just don’t want to sink there.

Other TPC Sawgrass links on golf.swingbyswing.com: