Travelers To Remain In Connecticut? One Company Exec Thinks So 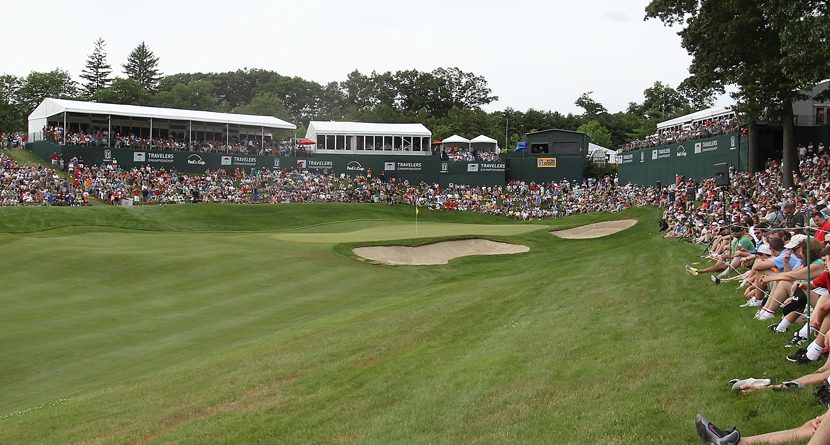 Travelers Insurance will remain the title sponsor of the annual PGA Tour stop in Connecticut, at least according to one of the company’s executives.

A six-year deal between Travelers and the PGA Tour expires next year, but Andy Bessette, the company’s executive vice president and chief administrative officer, told SB Nation that he expects there to be a new contract signed by the end of this summer.

If the tournament continues in the future, it will be one of only a few stops on the entire circuit that is sponsored by a local company. Travelers is based in Hartford, Conn., and the tournament is played at TPC River Highlands in nearby Cromwell.

Bessette said there are only “four or five hometown sponsors on the PGA Tour.”

It is that local sponsorship that has made the Travelers Championship into one of the best stops on the Tour. Organizers host events all week leading up to when the pros tee off, ranging from concerts, junior pro-ams, and a mini golf tournament featuring celebrities.

And then there are the fields. Despite being a week after the U.S. Open, the tournament always seems to draw top-level players — like Justin Rose, who became the U.S. Open champ on Sunday. He’ll play this weekend, as will Lee Westwood, Bubba Watson and Hunter Mahan.

So it’s clear that the powers that be are noticing all that’s happening in Cromwell.

“We would love every opportunity to keep going with this,” Bessette told SB Nation. “It’s up to the Tour.”