What It Takes To Win: BMW Championship at Conway Farms 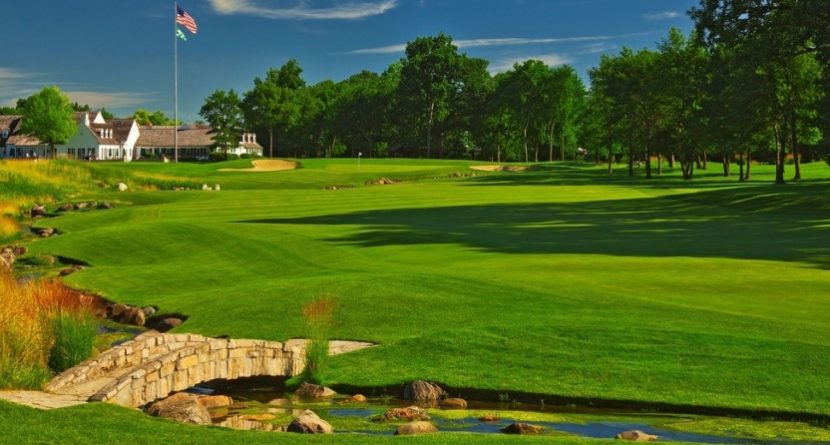 Not that he wasn’t already, but Luke Donald is a popular guy this week. He’s a member at Conway Farms Golf Club, which is hosting its first-ever PGA Tour event.

And it’s a big one: the BMW Championship is the third of four tournaments comprising the FedExCup playoffs. Only the top 70 players in the FedEx standings are invited, and only the top 30 after this week move onto the Tour Championship next week in Atlanta.

At 55th in those standings, Donald is one of many needing a strong performance at Conway Farms to climb into the top 30. But Donald will have the rare advantage of playing on his home course, while most of his competitors are seeing it for the very first time. Because he plays it often and has for years – the Brit attended Northwestern University, which also calls Conway Farms its home course – he’s sure to get plenty of queries from his friends/opponents.

And the FedExCup standings aren’t his only incentive. On Monday, Donald pledged to donate $1,000 for each birdie and $2,000 for every eagle he makes this week. The money will go to The First Tee of Greater Chicago, a youth development program. That should work out well for the charity because Donald knows the course well.

Sitting about 45 minutes north of downtown Chicago in the town of Lake Forest, and five miles inland from Lake Michigan, Conway Farms may be welcoming the PGA for the first time, but it has hosted a few big-time events in its 22 years of existence. The first was the 1997 Men’s NCAA Division I Championship, and the most recent was the 2012 U.S. Mid-Amateur Championship.

The Tom Fazio design is a 7,216-yard par 71 that was built on 209 acres of farmland and at times resembles traditional Scottish links golf. On other holes, though, so many trees are present that golfers feel as if they’re in a forest.

A lot of those trees surround the first hole, a short, 385-yard par 4. It doglegs slightly right, so players will likely be playing a long iron or fairway wood off the tee. Next up is the first of four par 3s – 196 yards to a back-to-front sloping green. At No. 3 – a 402-yard par 4 – the wind can especially be felt because it’s a hole that lacks a large number of trees.

The longest par 3 comes at No. 6, which is 217 yards and features a green surrounded by water on three sides. Following that is the 352-yard par 4 seventh hole, on which some pros will attempt to drive the green. Then it’s onto No. 8, the first par 5 and also the longest hole on the course at 600 yards. Drives must stay right of the lake, and second shots must avoid the array of bunkers front and left of the green.

After the turn, the shortest par 3 comes at 11 – 162 yards, but tee shots must carry over water to a diagonal green. Three holes later is the second of three par 5s (585 yards), and at No. 15 is a short, 334-yard par 4, which Donald calls “fun.” It’s the other par 4 that could be reachable off the tee, but three pot bunkers sit in front of the green, which rises significantly in the front.

It’s an interesting hole to finish what, for most players, will be a new course.