What it Takes to Win: Bridgestone Invitational at Firestone 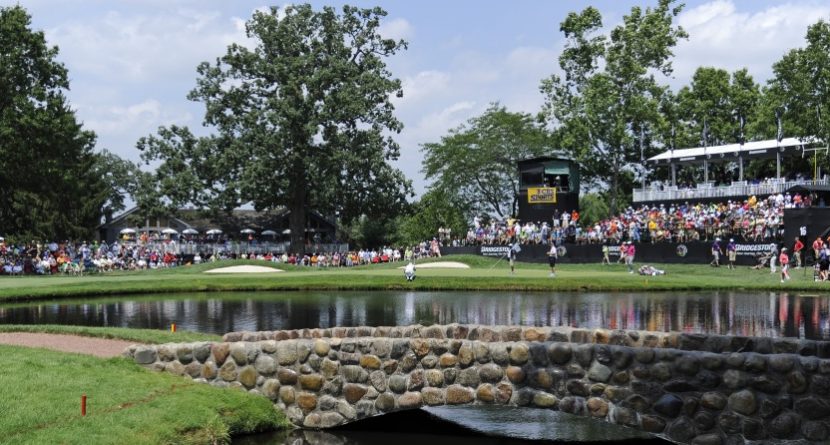 Having won two of the first three major championships in 1960, Arnold Palmer arrived at Firestone Country Club in Akron, Ohio, as the much-ballyhooed favorite to win the PGA Championship. And when he opened with a 3-under-par 67 on the south course, the Wanamaker Trophy looked to be his.

However, the burgeoning legend shot 9-over the next two days. Three shots alone came on Saturday at the par-5 16th hole, which measured a lengthy 625 yards. Palmer essentially shot himself out of contention with a triple bogey. Afterward, he dubbed that hole “The Monster.”

The nickname has stuck to this day, even though the yardage hasn’t. Firestone’s No. 16 is now 667 yards, making it the longest hole on the PGA Tour. The current crop of pros will take their hacks at it this week in the World Golf Championships-Bridgestone Invitational.

The Monster is Firestone’s signature hole, and was extended to bring some fairway bunkers into play off the tee. They sit about 285 yards out. Players can get some distance with their second shot as it travels downhill, but too much distance could send the ball into a pond guarding the front of the green. There’s a creek on the right that also needs to be avoided.

Yet, despite all that yardage, the 16th hole ranked as only the 11th-toughest during last year’s Bridgestone. However, the average score was still over par (5.04) – a testament to the south course’s toughness. Only five holes averaged scores that were under par.

One of them was No. 2, the only other par 5 and the easiest hole on the course. At 526 yards, it yielded 12 eagles last year, the only hole on which any eagles were scored. The green comes after a narrow dogleg left, but is very reachable in two.

Everything else is a par 4, with the toughest being No. 4. It’s 471 yards and tee shots need to land on the right-to-left sloping fairway. Second shots must hold on the elevated green.

No. 9 is a doozy as well, measuring 494 yards. It’s straight, but bunkers line the fairway and the green is a small, back-to-front sloping challenge. Then there’s No. 6, which comes in behind Nos. 4 and 9 among highest average scores. The 469-yarder features a dogleg left and a sharply sloping green going from back to front. Stopping the ball below the hole is key.

If a player’s driver is cooperating, birdie can be made on the 18th hole. Tee shots are tight but straight, and if the drive stops on the right side of the fairway, players are in position to avoid the conveniently-placed tree just in front of the green’s left side.

Firestone features one of the longer courses PGA players will see all year (7,400 yards), and with a par of only 70, it’s one of the tougher tests they’ll see all season too.