What It Takes To Win: Deutsche Bank Championship at TPC Boston 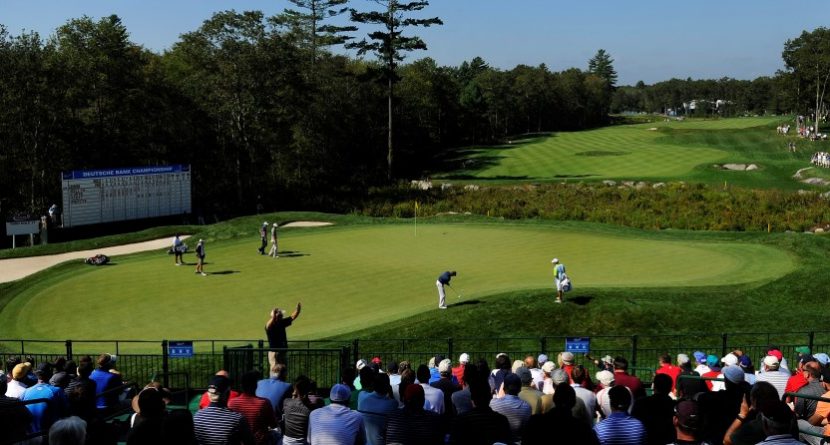 If there’s one place for Rory McIlroy to turn his game around – the world No. 4 hasn’t collected a win all season after starting it at No. 1 – TPC Boston just may be it. He crushed the course in Norton, Mass., last year, ending the 2012 Deutsche Bank Championship at 20-under-par, good for a one-stroke victory.

That -20 score marked the best of his career in official PGA events, and though he matched it en route to winning the BMW Championship the very next week, McIlroy has yet to surpass it.

The impressive score was a testament to the quality of McIlroy’s game at the time – he also won the PGA Championship three weeks prior to the Deutsche Bank – but a result of the player-friendly course as well. No less than 50 players went under par at TPC Boston last year, with Louis Oosthuizen coming in second at -19 and Tiger Woods placing third at -18. Scores like that just aren’t common on the PGA Tour, especially when they’re not atop the leaderboard.

So expect more of the same this week as the second round of the FedExCup playoffs takes place over Labor Day Weekend for the 11th consecutive year. Because it’s a holiday weekend, action tees off Friday instead of Thursday, and concludes Monday instead of Sunday.

Originally designed by Arnold Palmer and opened in 2002, TPC Boston was remodeled by Gil Hanse and Brad Faxon in 2007. One of the unique features that duo included was chocolate-drop mounds, which are essentially bulging, round mounds with extra tall grass.

A 7,216-yard, par-71 layout, the course commences with a short, 365-yard par 4 that features some of those chocolate-drop mounds on the fairway’s left side. The big hitters might want to pull out the driver to get things started, but if they sail it left, a large bunker awaits in front of that side of the green. Regardless, it’s a nice hole to begin a round; it was the fourth-easiest last year, as players averaged 0.09 under par.

Hole No. 2 is the first of three par 5s, and played as the toughest among them in 2012. Still, it averaged 0.03 under par. It’s 542 yards long and doglegs right around a lake. The green is on the small side, so players will need to stick it, because long or right goes in the water, and left could find a bunker.

No. 4 is the course’s easiest hole, a 298-yard par 4. That means it’s drivable for most, but even laying up in front of the large straightaway bunker allows for a manageable approach. Of all the holes, the most birdies were had here (162).

TPC Boston’s longest hole is No. 7 at 600 yards. A long drive is, of course, needed off the tee, especially considering a massive bunker crosses the fairway and must be carried with the second shot. Nonetheless, players seemed to tame it in 2012, as it ranked as the third-easiest (0.13 under par).

The toughest challenge arrives at 14, a 495-yard par 4. It doglegs left around some of chocolate-drop mounds, and if players stay out of that trouble, they have a better shot at sticking the approach shot on the small green. But they must clear the bunker protection in front. This hole yielded more bogeys than any other last year (75), and averaged 0.16 over par.

From there the pros will see par opportunities at 15, 16, and 17, before arriving at the intriguing final hole. It’s a 530-yard par 5 with pot bunkers positioned smack in the middle of the fairway right where tee shots and second shots want to land. But if you get around those, strokes are there to be dropped. No. 18 saw 14 eagles in 2012 – one by McIlroy in round two – and allowed the second-most birdies.

It ranked as the second-easiest hole, meaning an already-low score could get even lower.