What it Takes to Win: Greenbrier Classic at Old White TPC 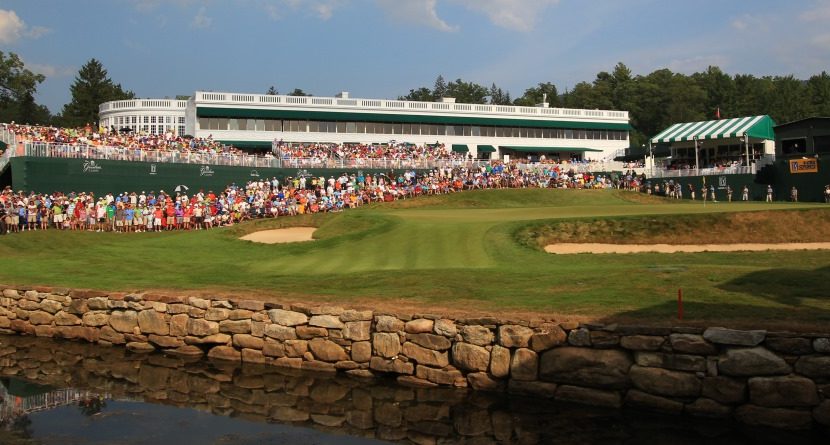 A week before the 2012 Greenbrier Classic, a nasty storm ripped through White Sulphur Springs, W.V., and ripped up nearly 30 trees on the resort’s Old White TPC course. Event staff members and volunteers incredibly cleaned up the place before the PGA Tour arrived.

There was no such incident last week leading up to the 2013 tournament, but the damage done a year ago did alter the course. The most notable difference will be the 18th tee, which is situated 13 yards farther back and provides a new angle for players. There’s more room in the area now because a large oak tree near the original tee box was one of the many uprooted in the storm. The start of the round will prove to be tougher. The par-4 No. 1 is 449 yards with a bunker and narrow fairway protecting the front of the green. At No. 2, the players will tee off aiming left to avoid the trees on the right. The par 4 is 488 yards and ranked as the second-toughest hole last year (0.22 over par). No. 3 is a 205-yard par 3.

The 13th ranked as the most difficult hole in 2012, as the average score was 0.24 over par. It’s a dogleg-right with, again, a bunker and narrow fairway protecting the front. No. 16 goes down as the most visually daunting; it plays 444 yards but half of that is over a lake.

Built in 1914 by Charles Blair Macdonald and awarded TPC status (becoming part of the PGA TOUR’s Tournament Player’s Club Network) in 2011, the course’s toughest holes resemble some from famous European courses. For instance, according to The Greenbrier resort, “The Old White No. 8 hole was styled after the Redan at North Berwick; No. 13 after the Alps at Prestwick; and No. 15 after the Eden at St. Andrew’s.”

Related Link: Watson Has What It Takes to Pay Off at Greenbrier