What It Takes to Win: PGA Championship at Oak Hill 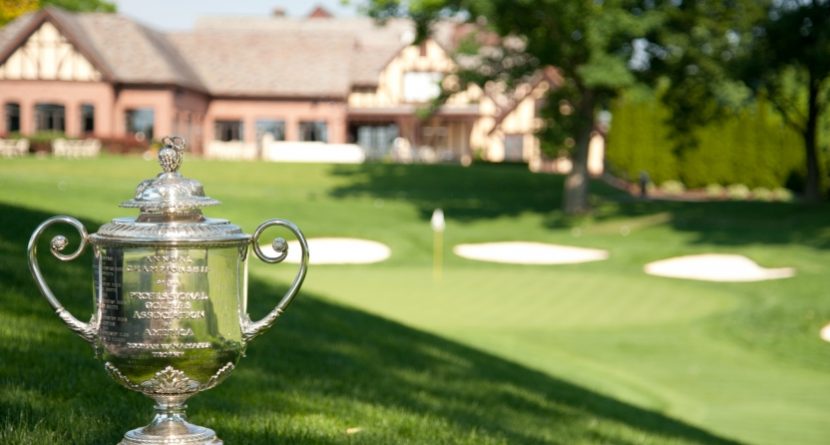 Upon turning 40 in 1980, Jack Nicklaus’ better days were thought to be in his past. Some had even taken to calling the Golden Bear the Olden Bear.

He silenced many of those critics with a tournament-record 272 (8-under) at the U.S. Open that year, then shut all of them up when he collected the PGA Championship as well two months later. That victory secured the 17th of 18 major titles in Nicklaus’ illustrious career, was his record-tying fifth PGA title, and made him just the third man to claim the U.S. Open and PGA Championship in the same season.

Nicklaus’ stunning seven-stroke victory took place on the East Course at Oak Hill Country Club in Rochester, N.Y., which is again hosting the PGA Championship this week. Players will be shooting to beat the Golden Bear’s four-round score of 274 (6-under) from 1980, the lowest ever recorded at Oak Hill.

That tournament was significant for Oak Hill, as it was the club’s first major since putting on the 1968 U.S. Open. It hoped to again host the event in the late 1970s, but the United States Golf Association denied Oak Hill’s bid. Club officials took the rejection as a need to spruce up the course, so in came famed architect George Fazio and his nephew, Tom.

That par 3 at No. 6 figures to be the easiest hole. It’s the shortest at 175 yards and is straight downhill. A creek cruises in front of the green and wraps around the left before leaving the back side, meaning any tee shots short, left or long could get wet. At the 1989 U.S. Open, four players incredibly sank aces on this hole, and even more remarkably, they all occurred within a span of two hours during the second round.

It’s also the longest and possibly the toughest hole. A creek conveniently cuts across the fairway 300 yards from the tees, forcing players to likely use a wood instead of the driver. For this reason, Oak Hill believes no one’s ever reached the green in two shots during competition, but that doesn’t keep big hitters from trying. If that approach shot is off line, bunkers await on the left and right front sides, and four more sit behind the green.

The course closes with two long par 4s – 509 yards at No. 17 and 497 yards at No. 18. The fairway on the finishing hole narrows to less than 20 yards across at roughly 300 yards out because of bunkers on the right. It then veers right and uphill to the green, where Shaun Micheel landed his second shot out of the rough to two inches from the cup in the final round of the 2003 PGA Championship. The tap-in birdie gave him his first and only major.

Will Oak Hill produce another surprise winner this year, or another victor who reinforces his greatness like Nicklaus in 1980?