What It Takes to Win: Tour Championship at East Lake 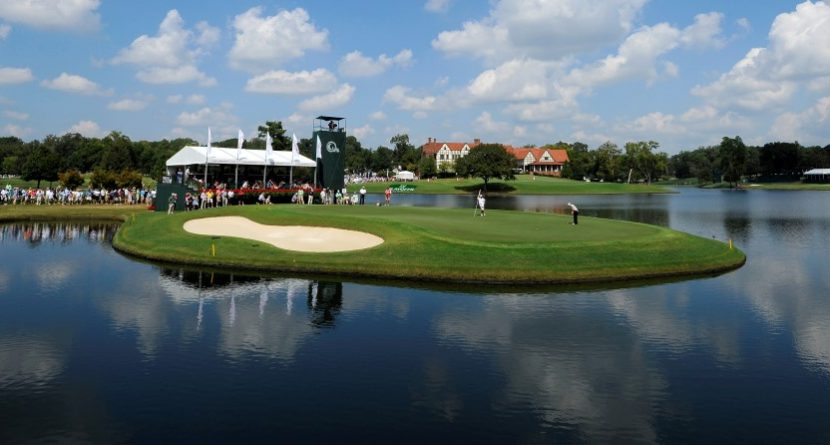 East Lake Golf Club, home of Atlanta’s oldest golf course, will make its 10th straight appearance as host of the Tour Championship this week. So it’s not an unfamiliar course to the game’s elite.

Yet, the top echelon of players changes each year. To that end, eight of the 30 players who qualified for this season’s finale have never played East Lake (at least while on the PGA Tour): Henrik Stenson, Graham DeLaet, Jordan Spieth, Billy Horschel, Charles Schwartzel, Roberto Castro, Brendon de Jonge and D.A. Points.

On the other end of the familiarity spectrum, there are the veterans who seemingly book a trip to Atlanta every fall. Phil Mickelson has competed in the Tour Championship at East Lake 10 times, Jim Furyk’s appeared nine times, and Tiger Woods eight. Each of those guys has won at least once, and Mickelson’s done so twice.

But you don’t have to know the course to win. Bill Haas surprised everyone in 2011, when he debuted in the event at No. 25, won the tournament, and watched the front-runners play just poorly enough to give him the $10 million FedExCup as well.

The East Lake course is 7,154 yards long and a par 70, so it’s not deemed especially tough. That said, more than half the field was over par at last year’s Tour Championship; 14 guys under and 16 over.

Hole No. 1 is a 424-yard, par 4, which played as the sixth-toughest in 2012. It’s a straight shot, but two hills in the fairway can make approach shots difficult. Then it’s on to No. 2, the first of four par 3s. This one is 214 yards and ranked fifth-toughest overall, third-toughest among par 3s. The tee shot must clear a pond and bunker in the front of the green, and a bunker to the left. Only eight birdies were had here last year.

The next par 3 comes at No. 6, East Lake’s signature hole. It’s 209 yards and features an elevated tee, but is intimidating because of the huge lake surrounding it. One of the country’s first island par-3s, this was the third-toughest hole last year, averaging 0.26 over par.

Players arrive at No. 9 for the first of only two par 5s. At 600 yards, its East Lake’s longest, and the edge of a lake cuts into the fairway. But that’s 380 yards from the tee, so players should have no problem hopping over that and taking a decent shot at the green in two. The ninth hole played as the second-easiest in 2012 (0.41 under par).

The easiest hole comes at 15, a 525-yard par 5 (0.55 under par last year). Drives need to hook right around some trees to find the fairway, but too far right will go into a pair of awaiting bunkers. If they are in the fairway, players will find a straight-on approach shot with large bunkers on both sides of the green.

Immediately following, however, is East Lake’s toughest hole, a 481-yard par 4 at No. 16. Four deceptive bunkers lie on the fairway landing area’s left side, the right side is lined with a forest, and the fairway gets quite narrow from about 250 to 325 yards from the tee. The hole yielded 42 bogeys last year, more than any other, and averaged 0.32 over par.

No. 17 is a long (470 yards) par 4, and the course finishes with the final par 3, a 235-yarder. It’s a rare par-3 finisher, and also a scenic hole, as players walk across a narrow strip of land between two lakes to reach the green. But it’s a tough way to finish a round, as guys must hit long irons off the tee to reach the green.

Those who’ve played East Lake before know what to expect at 18. But it could be a doozy for the newbies.