What It Takes To Win: U.S. Open At Merion 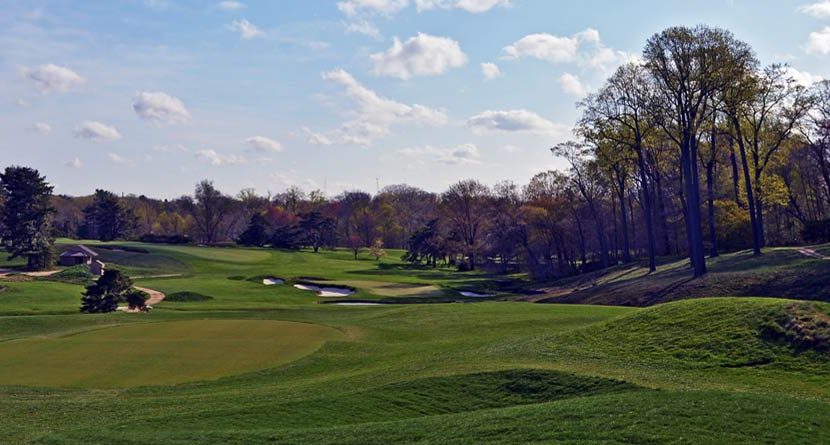 The tournament is so notorious for its unforgiving cuts that the term “U.S. Open rough” is widely used on the PGA Tour when describing a difficult cut of grass to get out of.

The 2013 U.S. Open on the Merion Golf Club’s East Course in the Philadelphia suburb of Ardmore will live up to the rough billing. After Tiger Woods played Merion for the first time ever May 28, his caddie, Joe LaCava, said, “They’ve already got U.S. Open rough out there. It’s going to be a really good test.” The rough won’t be the only obstacle, though. Tight fairways and deep bunkers also demand accuracy off the tee. For that reason, many drivers will be kept in the bag. Merion is definitely not a big hitter’s course, as it plays only 6,996 yards with par at 70.

At 628 yards, the fourth is the longest hole and boasts a cross bunker that shrinks the fairway to less than 10 yards across. Most drives will land short of that hazard, but players won’t be able to see over it for their approach shot. That makes most guys lay up because a creek cuts in front of the green.

No. 13 is the shortest hole at 115 yards, making for a prime birdie opportunity. But it also has what is likely the smallest green on the course, one that is full of tiny putting surfaces.

At 17 and 18, players will find two of the toughest finishing holes in golf. No. 17 is a downhill par 3, but sits at 246 yards and is all carry. Tee shots must clear a quarry and not sail wayward, for the green is protected with five bunkers.

At the 521-yard No. 18, players encounter the third-longest par 4 in U.S. Open history.  It goes back up the hill they just came down on 17, and the drive, which needs to clear that same quarry, is semi-blind.

Yet, while these features make Merion tough, they also make it one of the most appreciated courses in the world. Ben Hogan, who won the 1950 U.S. Open at Merion, said it’s “the best parkland golf course in the United States.” Jack Nicklaus, who lost in a playoff there to Lee Trevino in the 1971 U.S. Open, said, “Acre for acre, it may be the best test of golf in the world.”

Merion surely has history. It opened in 1896 and has been the site for 18 USGA championships, more than any other club in America. This year marks its fifth U.S. Open played on the East Course, which opened in 1912. The first was 1934, the most recent was 1981. Because it plays relatively short, few thought that a major tournament would ever return. But slight changes to extend the length, beginning in 1999, allowed the U.S. Open to come back.

All the while, it’s ranked among the finest courses in our country. Golf Digest puts Merion at No. 6 in its 2013-14 ranking of America’s 100 Greatest Golf Courses. Merion has been included in the list for each of the 49 years that the publication has compiled it.