What It Takes To Win: U.S. Women’s Open At Sebonack 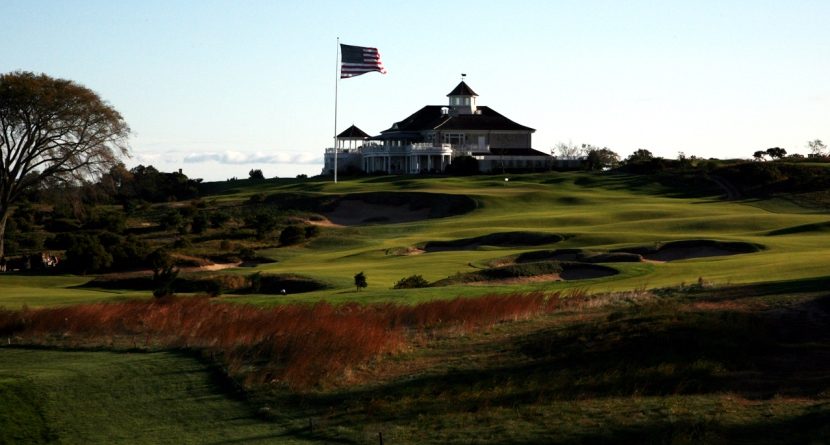 The U.S. Women’s Open will find it tough to top the site of its 2013 tournament. The third major of the year hasn’t even begun and rave reviews are already piling in.

But when action tees off Thursday at Sebonack Golf Club in Southampton, N.Y., players will have to take their eyes off the magnificent views overlooking Peconic Bay, and instead focus on the daunting and undulating greens. Flat doesn’t make for a beautiful golf course, and Sebonack is stunning.

This marks the first time Long Island will host the U.S. Women’s Open, and rarely does the prestigious event take place on such a new course. Opened in 2006 and designed by renowned golf course architects Jack Nicklaus and Tom Doak, Sebonack was named America’s best new course in 2008 by Golf Digest. The course also debuted at No. 39 in the publication’s 2009-10 ranking of America’s 100 Greatest Golf Courses, a spot it still holds in the 2013-14 rankings.

The course’s beauty comes in its diversity. The first couple holes are played near the water, but the rest of the front nine is played inland, where the course sometimes resembles a forest and other times a desert with its dry, sandy areas. Players reach water again at the green on No. 9.

The back nine begins back inland, but hole No. 11 offers one of the more scenic views on the course. From the tee box you can see past the green and down the coast, where numerous million-dollar Hamptons mansions reside. Then it’s to No. 12, a short 161-yard par 3 which uses even more of the ocean as its backdrop. It’s the shortest hole on the course, but also features one of the smallest greens. Players can’t bank on birdie here.

No. 15 is 574 yards, the longest at Sebonack, but it offers a good chance to drop strokes. It’s a dogleg right, so drives need to stay left, which will make for straight-on approach shots. No. 16 is a par 4 and No. 17 is the final par 3, building up to No. 18, the most gorgeous hole of them all. All 523 yards are played along the bay, to the players’ left, with bunkers along the right of the fairway. The green at 18 is one of the least level, which means reading the slopes and executing the right touch are paramount to finish the round. The women at Sebonack this week have agreed that it will be a second-shot course, meaning tee shots will mostly be wide open and the key to winning will be placing approach shots on the correct part of the green. The fewer times players have to putt from one tier to another, the better.

“The tee shot is the easiest part of this golf course, actually,” said world No. 1 Inbee Park. “Second shot is quite tough with the [sloped] greens. You just don’t know where the ball is going to roll out to.”

Also of note will be the weather. Of course, when playing near the ocean, wind will always be a factor. You may remember the men’s 2004 U.S. Open played at Shinnecock Hills, one of Sebonack’s famous neighbors (National Golf Links of America being the other). The wind and heat baked the greens so much that they needed to be watered during the final round. No one finished under par that day.

“The greens are getting a lot firmer,” said 2007 U.S. Open champ Cristie Kerr on Tuesday. “So with the heat and possibly the wind here, they just have to make sure that it doesn’t get kind of ridiculous.”

The forecast the rest of the week looks promising. Highs aren’t expected to get out of the 70s and rain – especially Thursday and Saturday – could soften up the course.