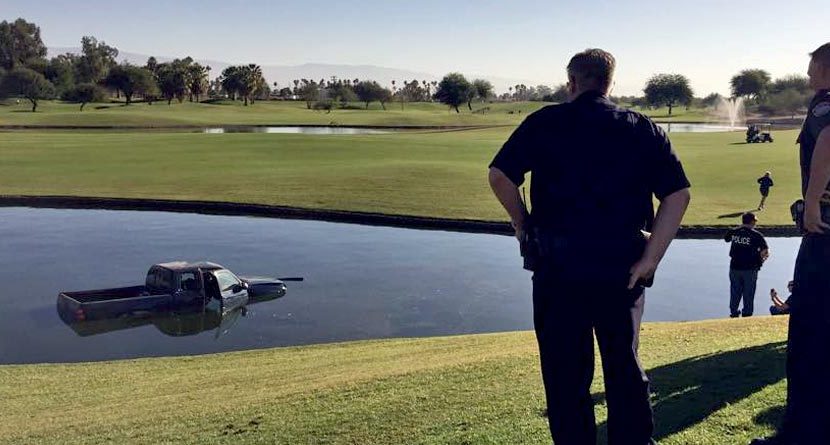 Here’s an interesting story that has absolutely nothing to do with golf and everything to do with crazy people doing ridiculous things … on a golf course. According to KESQ News, two suspects drove a stolen truck into a lake on the ninth hole of Tahquitz Creek Golf Course in Palm Springs, Calif.

The suspects crashed through a gate during the police pursuit, and eventually ended up in the lake on the course. Both passengers made it out of the truck safely and were detained by police.

Sadly, this isn’t the first time a car has torn through a golf course. A man caused $40,000 in damages after he drove his SUV through Grand View Golf Club in Pennsylvania, last month.

And even more incredibly, several planes have turned golf courses into landing strips as well. The last plane to do so ran out of room as the plane rolled into a water hazard after making an emergency landing.

There’s just something about golf courses that people can’t get enough of.