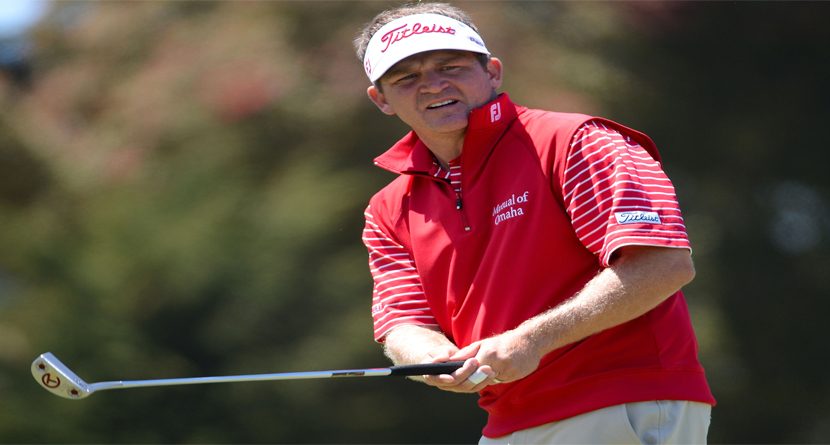 PGA Tour veterans Jason Bohn and Kevin Streelman both joined Matt Adams on “Fairways of Life” on Tuesday to discuss the most controversial topic in the golf world: the looming ban of the anchored stroke.

Bohn and Streelman are both members of the Players Advisory Council, which convened Monday in a teleconference with PGA Tour commissioner Tim Finchem on the subject of supporting the ban proposed by the anchored bodies. Neither one of them use an anchored putter in competition, but Jason Bohn makes it pretty obvious what his feelings are on the matter.

“If I am the czar and can change this anchoring this, I am yelling ‘BS’ at the top of my lungs,” Bohn said, “because I believe, truly, that putting is so mental. To take that away from the game, the opportunity away from the game for somebody to build confidence and might be able to change a dynamic of their game, regardless of what level it is, is completely wrong.”

Take a listen to this clip from his chat with Matt Adams.

I am a firm believer in using a normal, unanchored putter. I think the belly putter is not only bending the Rules, but it is also an unfair advantage over the players who choose not to use it.

Take Adam Scott, for example. At one time, he was one the best players in the world and had all the makings of a superstar career ahead of him. Next thing you know, he couldn’t win a tournament anymore. Once he picked up a long putter and made that necessary change to his game, he was back to being a significant force on Tour. You could make the same argument for a player like Ernie Els. The advantage provided by the anchored putter is clearly a more than viable option for players who consider putting with a normal length putter to be a weak link in their game.