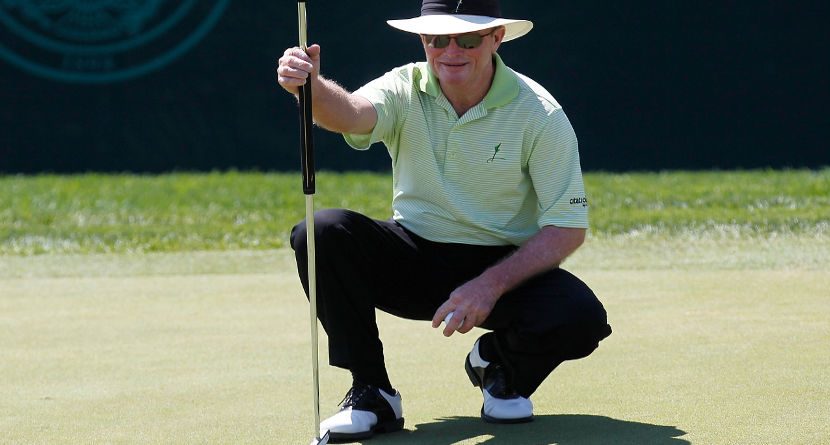 The path golf is on leads to a dead end, in the opinion of Tom Kite.

The 1992 U.S. Open was a guest on “Fairways of Life” with Matt Adams on Monday, suggesting the sport is failing to address its true problems.

“I think our game is in real trouble,” he said. “I don’t think — to use the term a number of people have thrown out — I don’t think it’s very sustainable right now. If you ask anybody that doesn’t play golf why they don’t play golf, it generally comes down to two reasons: it costs too much and takes too long. It’s not because the game is too hard. Heck, the game has never been easier.”

Kite said equipment is precisely what has made the game easier — much of that due to distance gained from advances in golf-ball technology.

“The game has changed drastically in the last 12 years because of the golf ball and golf clubs, and everything being produced right now,” he added. “For the elite golfer right now that produces a high-speed golf swing, the equipment alone is 30 yards. Jack Nicklaus was the longest.