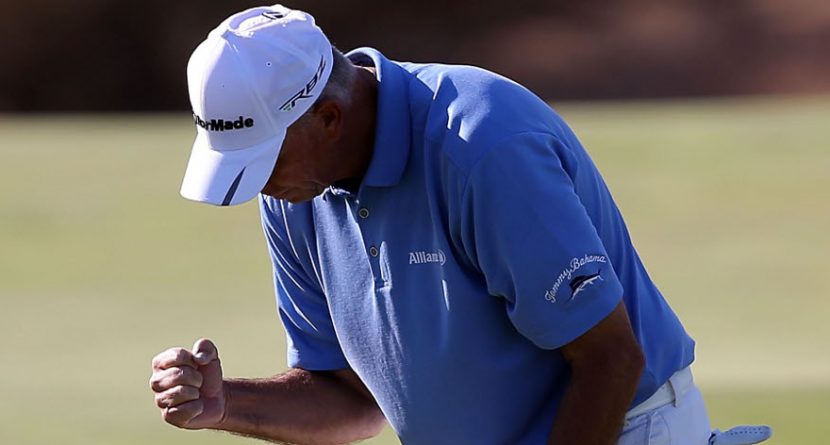 Tom Lehman joined Matt Adams on Tuesday’s “Fairways of Life,” and the former Ryder Cup captain let Matt in on his secret to dealing with the frustrations of tournament golf.

“I am probably like most anybody else. I can get really upset and very unhappy,” he said. “And the frustration of throwing away a good round or throwing away a tournament at the end, you know, it really knaws at me.

“But I’ve always been good about doing something to let it out and then leaving it out on the course. Then I get inspired to go work harder.”

Lehman then described how he reacted after dropping a shot on the final hole at Torrey Pines. Finding the water with his second shot, he dropped from a T-3 finish into a gang tied for seventh place, as well as costing him weighty Ryder Cup points.

“I remember going to the parking lot, taking my bag and lifting it over my head, and just bodyslamming into the ground about four times, and then slamming it into the trunk. Sometimes it just takes something like that to then go, ‘Whew. I feel better.'”

Listen to the entire clip below: