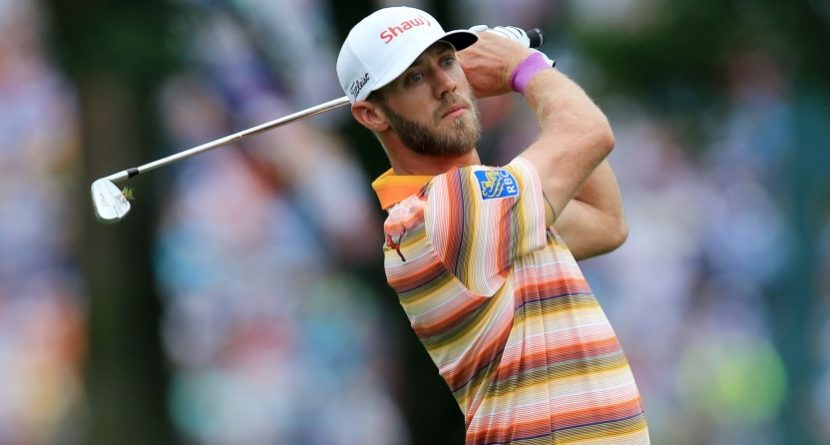 Here’s who wore their Saturday best for the third round of the PGA Championship at Valhalla:

Phil Mickelson, Callaway
Lefty doesn’t often make stylish lists such as this, so hopefully he savors it. But Mickelson was sharp on Saturday, and he played well too. While carding a second straight 4-under 67 that has him three off the lead, he sported a gray alligator skin belt and matching Callaway shoes. Bernd Wiesberger, FootJoy
Mickelson’s playing partner for the day looked good too – both with his threads and golf game. He bettered Mickelson with a 65 to move to solo-second, one shot behind Rory McIlroy. And Wiesberger – who’s playing in just his sixth major, and in those, has made only one cut (he finished T-64 at last year’s Open Championship) – did so in FootJoy apparel: a navy blue polo on top of baby blue slacks. Graham DeLaet, PUMA
Snazziest shirt of the day goes to DeLaet in his Road Map Stripe Polo, highlighted by the Vibrant Orange collar. He even snuck in some orange on the socks. Adam Scott, Uniqlo
Setting the standard for simplicity continues to be Scott. His Uniqlo polos with the Mercedes-Benz logo on his right chest are always solid colors, and always solid-looking. As per usual, the look is complete with a thin-striped belt and solid-colored slacks.