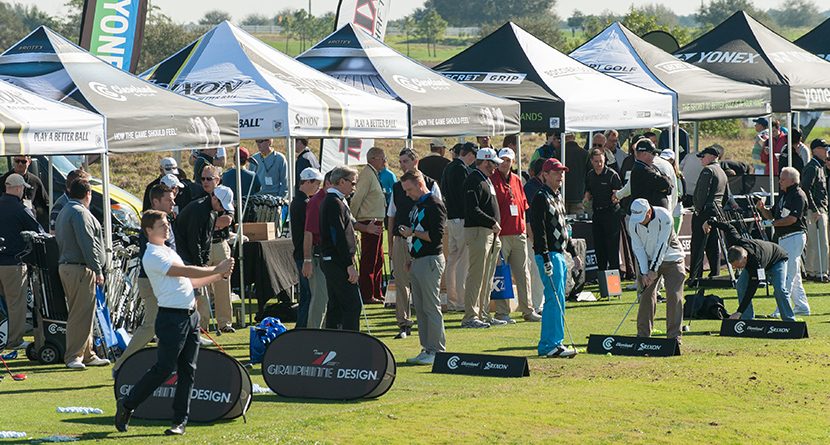 The 2015 PGA Show is finally upon us and with it comes the anticipation of golf nerds everywhere.

Over the next four days, the Back9Network team will be out in full force and bringing you all of the coolest trends in golf. As we prepare for the inaugural Demo Day at Orange County National to kick off the week, here are five things we’re excited to see on the range:

Oakley: Perhaps the coolest brand at the show, Oakley is always set to impress. This year, Oakley is showcasing its latest eyewear at demo day and we’re excited to see the updates — as well as take a run through the epic Oakley tour truck.

Nike Vapor & Engage: Nike has killed it this year with the releases of its Vapor collection and the recent unveiling of the Engage series of wedges. Throw in the possibility of Nike athletes hitting golf balls on the range and we’re in.

Footjoy: Promising “the next big thing,” Footjoy unveiled Hyperflex — and we can’t wait to see the presentation. Last year, Footjoy showcased their D.N.A. and we were mightily impressed with them. This year, anticipation is high for the Hyperflex.

Puma TitanTour: Looking for the “coolest shoes in golf?” Look no further than the COBRA PUMA Golf tent as they show off the new TitanTour shoes, which keep your cool — literally.

Ping Glide: Engineered from the grip to the sole, the Glide wedges are built, balanced and optimized for precision and consistency. We’re looking forward to giving them a try.