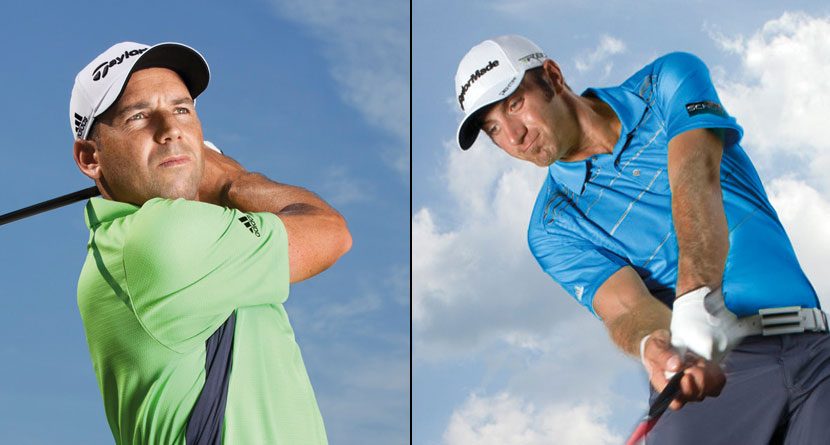 As is usually the tradition around major championships on the PGA Tour, golf apparel companies like to send us media types a sneak preview of what their staff players will be wearing for the week. The Players Championship has long been referred to as the “fifth major”, so it makes sense that TaylorMade/adidas has unveiled the scripting for their two of their biggest names. Dustin Johnson and Sergio Garcia will be sporting ClimaChill polos throughout the week, reserving a solid stripe across for the chest for Johnson and a more reserved upper-chest design for Garcia. Johnson will be wearing the new pure360 adidas golf shoes while Garcia prefers the super-light adizero one footwear. In a marketing tactic coinciding with TaylorMade’s new SLDR S driver series – which feature silver clubheads – both Johnson and Garcia will be decked out in a full-silver outfit on Saturday (assuming both make the cut, of course). We’ve seen this “all of our guys are wearing the same color” approach from TaylorMade/adidas before and we’re likely to see it again in the future.