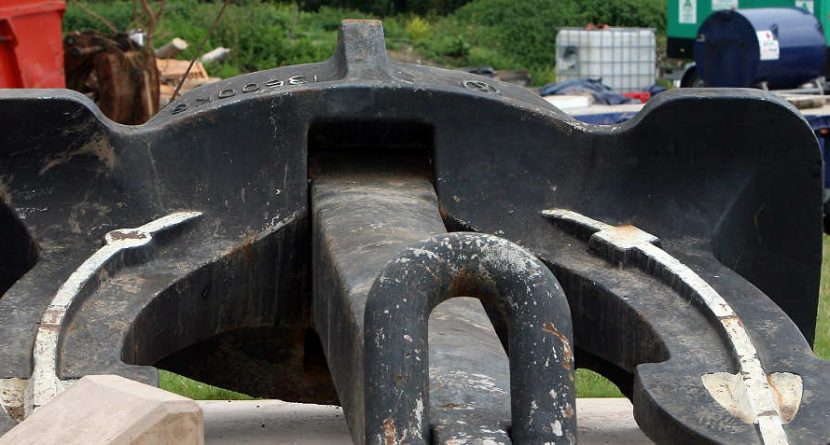 The combination of arrogance and stupidity often results in dire circumstances and the U.S. Golf Association is about to find out what that looks like.

I hope they have a fallback position on the proposed anchoring ban, but I have a feeling they didn’t anticipate the outright opposition from other golf organizations.

The USGA and the Royal and Ancient Golf Club (R&A) as the recognized ruling bodies of golf joined together on Nov. 28, 2012 in announcing a proposed ban on the use of the anchored putting stroke. The proposed ban was to take effect in 2016. They said they would have a 90-day period for comment.

It appears, however, they hadn’t planned on the public opposition they are getting from such golf organizations like the PGA Tour, the PGA of America and the National Golf Course Owners Association, three very substantial groups who have major skin in the golf game. The only thing that makes any money for the USGA, and it makes a lot, is the United States Open and at this point it would be difficult for even them to kill that golden goose.

The USGA and R&A tried to get cute with this ruling by banning the stroke and not the long putter. It was a clever maneuver to avoid litigation by manufacturers like when they got caught in 30 years ago by Ping pertaining to square grooves. The fact that sales of long putters have fallen off the charts since then only proves that long putters are useless when they can’t be anchored. The USGA tried to hide behind the “good of the game” argument which they felt was litigation-proof. Somehow they wanted to erase their prior ruling approving the use of long putters in 1989.

It looks like the USGA and executive director Mike Davis thought that this comment period would be a nice little dog-and-pony show where he could soft pedal this ruling to the compliant golf organizations and the gullible public. But a funny thing happened. Unlike the recent presidential election it appears the smart people are prevailing in this argument.

Davis was on his way toward forging a decent legacy as executive director with his progressive setups at U.S. Open venues but this foolish act will possibly bring him down or at least relegate him to being ineffectual and insignificant. He is in danger of leading his organization to the point of irrelevance.

The sad part is that he probably got talked into this by the R&A and their hidebound executive Peter Dawson. There didn’t seem to be a problem until Ernie Els won the 2012 Open Championship with an anchored stroke. In fact Davis commented less than a year ago that the USGA found that anchoring “was not problematic and not detrimental to the game.” What changed?

It was just blasphemy to see the world’s oldest golf championship won that way. Seemingly in Dawson’s mind that was the last straw, and he apparently talked Davis into going along with a ban.

Leaders are hired to lead and not follow, and Tim Finchem is taking Davis to school on how to be a leader. Finchem has his detractors, not so much for his results but for his inscrutable, autocratic and Machiavellian methods. The biggest line item in the budgets of the advisory boards is the rubber stamps used to approve whatever Finchem says.

But, say what you will, it is Finchem’s job to do what’s best for his organization and he does that better than anyone ever has. Guiding the PGA Tour through the Great Recession, Finchem not only maintained most of the event sponsors but has replaced the ones that dropped off without missing a beat — just an astounding performance. It could be argued that the PGA Tour is as healthy as it’s ever been, and the golf product that is out there every week is by far the best in the world. Every pro golfer on the planet wants to play on the U.S. PGA Tour.

Finchem and Ted Bishop, the new president of the PGA of America have both now come out publicly to oppose the anchoring ban. These two are not only smarter than Mike Davis but much better poker players, and they are calling his bluff. Both Finchem and Bishop were careful to cultivate the support of their members before stating a position. On the PGA Tour, 13 of the 15 members of the Player Advisory Council were opposed, and now over 80 percent of the club pro members of the PGA of America are opposed. They built their consensus as opposed to Davis and Dawson who shot first from the ivory tower and then condescendingly decided to ask questions later. Or as Dawson said in November, “We believe we have considered this issue from every angle.”

If the USGA were smart, and that is very much in question at this point on this issue at least, they would back off and withdraw. If they just said, “We asked, we heard, we listened and in the true best interests of the game and ALL of the stakeholders we have reconsidered and have withdrawn the proposed ban.” If they let it go that would certainly be a no harm-no foul scenario. It might actually make the USGA seem magnanimous.

But now this totally uncalled for and unnecessary ruling has created a mess. It threatens to divide the ruling bodies of golf, something that has not existed since the early 1950s. With the recent announcements that the European Tour and European PGA will side with the R&A the divide is now as wide as the ocean that divides the two headquarters.

There has been a lot of bifurcation talk but no one anticipated the bifurcation would be two sets of rules depending on which continent you were playing on.

If the USGA sticks to the ruling they would have their authority ignored and their credibility eroded. That is a pretty big downside for a meaningless ruling that has no measurable effect on the game and a big price to pay for their arrogance.