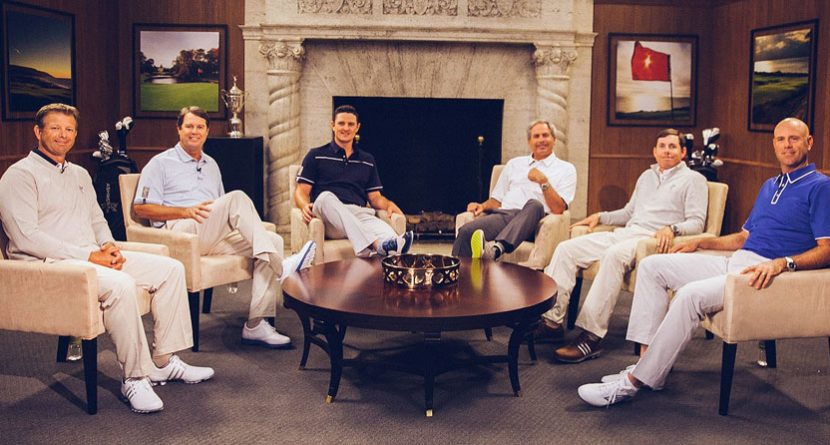 The hour-long special, which will debut on Back9Network on Wednesday, Oct. 1 at 8:00 p.m. EST, was filmed at the historic Riviera Country Club and features an exclusive, unscripted look into the six major champions and their professional accomplishments. Moderated by 1993 PGA Champion Paul Azinger, the roundtable takes viewers inside the ropes as the players relive the moments that forever changed their lives.

Telling rarely-heard stories and reminiscing about the pivotal moments as they stared down history on golf’s biggest stages, the athletes discuss the details not captured on camera; their thoughts, emotions and idiosyncrasies during the most pressure-packed moments of their careers and how winning golf’s most prestigious events has affected them both on and off the golf course.

During the roundtable, each athlete is wearing his specially-designed golf shirt from the Ashworth Majors Series Apparel Collection, a set of six limited-edition golf shirts designed to commemorate each player’s major championship victory. Each shirt in the series is individually numbered inside of the packet, with the total quantity produced matching the winning player’s total score.

“It’s an honor to have six major champions on our roster who truly embody the spirit of the Ashworth Golf brand,” said Ben Sharpe, TaylorMade-adidas Golf CEO. “Capturing their raw emotions as they relived their accomplishments amongst each other is something we’re thrilled to share with golf fans around the world.”

“We are thrilled to partner with Ashworth Golf to provide a television platform for these major champions to share their personal stories and obvious admiration for each other, both on and off the course,” said Charles Cox, Back9Network CEO. “Back9Network will continue to produce compelling programming that gives our golf lifestyle audience unique access to those captivating personalities that play the game, whether it be the best of the best professionally or the millions of weekend golfers who truly embody the lifestyle element of the game.”