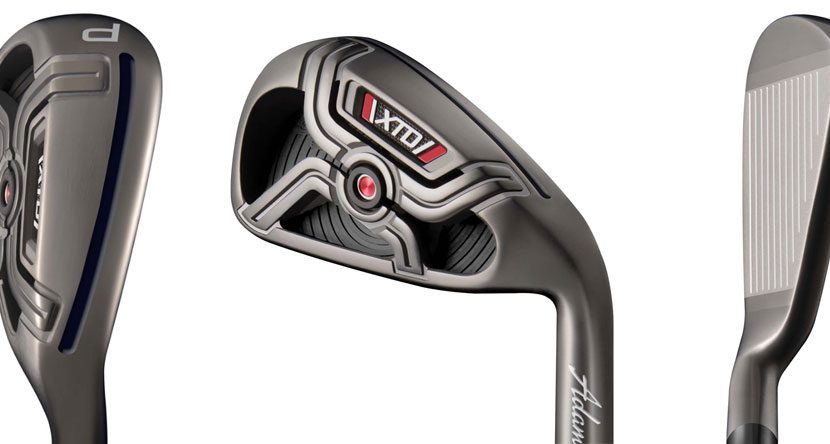 The new XTD irons from Adams Golf may not look like your grandfather’s golf clubs, but the distance and forgiveness they offer to mid-handicap players is something out of the future.

I had the chance to test out the new XTD irons this week. Despite being best known for making high-quality hybrids and fairway woods, Adams Golf has successfully branched over into the performance iron market with XTD. The Adams Golf XTD irons fit squarely in the game improvement category, making them ideal for mid-handicappers. To that end, the lofts on the XTD irons are two to three degrees stronger than market standard (i.e. the PW is 44 degrees compared to the industry standard of 46 degrees). This translates to longer shot distances per club right from the start.

The XTD irons also feature a cross-cavity design seen on the back of the clubhead. This not only helps with forgiveness – giving these irons the feel of a hybrid at impact – but also help you maintain consistent yardages across the clubface. Adams Golf also introduces an industry-first “pressure piston” mechanism positioned directly behind the club’s sweet-spot, which provides even more distance. A “speed slot” cut-away on the sole of the club also helps with distance and is an obvious byproduct of Adams Golf now being owned by TaylorMade.

Visually, I will admit the XTD irons will take a little getting used to. They remind me of something a robot would swing if he played golf. Traditionalists may find the black clubheads and cross cavity design off-putting.

Ugly or not, the XTD irons live up to their billing as a distance iron. Each club is easily one club longer than my current set. This can be attributed not only to the stronger lofts, but also the hot face and muscle behind the sweet spot. I was flying the 6-iron between 175-180 yards. That’s insane.

Adams Golf has also paid a lot of attention to the sound these clubs make at impact, which translates to the club’s overall feel. They emit a crisp clicking sound with each shot which I found to be pleasant and made the clubs “feel” softer than suspected.

I give the Adams Golf XTD irons a solid “A-” grade. You know exactly what you are getting with these clubs right off the shelf, and the XTDs do not disappoint in that regard. While their appearance is a little rough, their overall performance and feel are top-notch.

The Adams Golf XTD irons retail for $599 (4-PW) and are available in steel or graphite shafts.