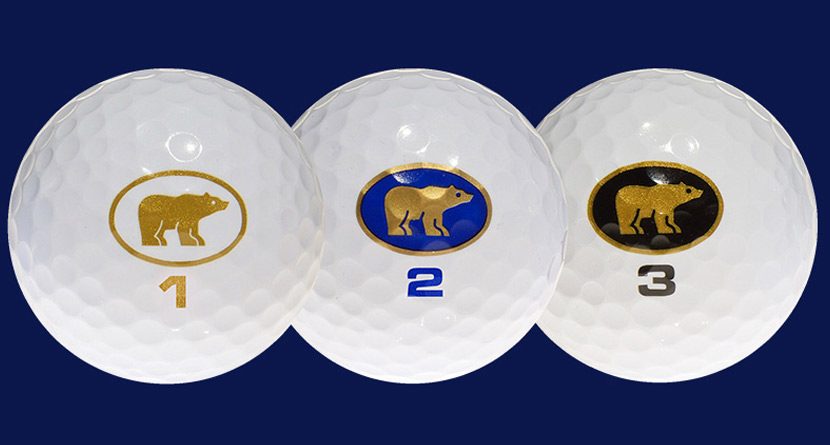 The new Nicklaus brand golf balls are not only a fitting alternative to your regular golf ball brand, they also help give back to charity with every dozen sold. But could these golf balls actually perform up to the standards the Golden Bear would expect?

When Jack Nicklaus unveiled his new line of high quality golf balls in Fall of 2013, many golf fans were questioning how this Bridgestone spin-off would compete among the bigger, more established brands in the market. Furthermore, Nicklaus himself has gone on record – many times – as a harsh critic to modern day golf ball distance technology.

Then he made his own golf ball line that promises added distance to certain players. Hey, who am I to judge?

Nicklaus does offer an ingenious yet simple feature in his golf balls that amateur players are sure to appreciate. While other companies offer multiple golf ball options under their respective umbrellas, Nicklaus brand welcomes players to choose a ball – white, blue or black – based on which set of tees they normally play. Better players will play the Nicklaus Black while higher handicaps would prefer the Nicklaus White.

I recently had the chance to test out all three levels of the Nicklaus golf balls during a round. I typically tee off from the black tees, so I was interested to see how the Nicklaus White and Nicklaus Blue golf balls would differ from the balls I am “supposed” to play (Nicklaus Black).

Performance wise, the Nicklaus golf balls all performed similarly to one another. I honestly did not recognize a difference from one ball to the next on any shot during my round. Perhaps if I had a ball launch monitor to see my spin rates and carry distances, any differences would have been more discernible. Alas, my eyeball test wasn’t very impressed.

Overall, the Nicklaus golf balls did perform admirably in comparison to other top name brands. I was pleased with their feel on long and short shots, producing distances to which I am accustomed. The balls held well on the green, spinning or running out depending on my shot selection.

Will the Nicklaus golf ball brand be a game changer for golf amateurs? Not likely. But at a price point of under $30/dozen (plus an optional donation of $20), these premium balls are definitely worth a try.