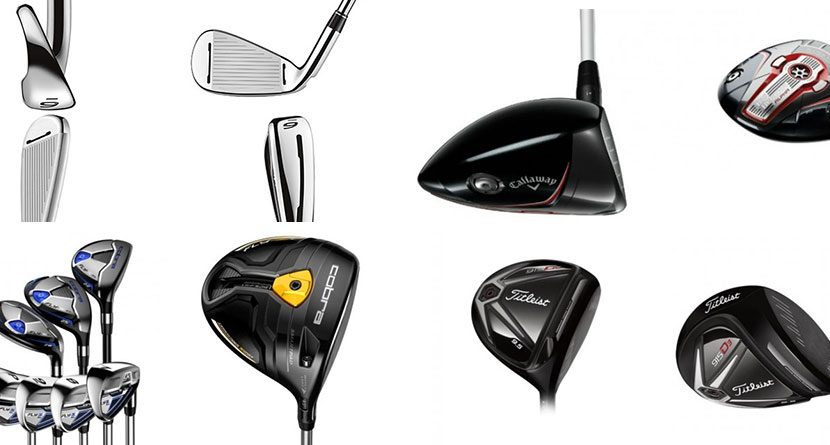 Black Friday has come a bit early this year as major club manufacturers officially released products Friday. With speed, forgiveness and distance as the theme across the board, there are numerous shiny new toys ready for consumption for 2015.

Here’s a look at today’s releases: TaylorMade is here with an important message. The golf club manufacturer wants us to know that mishits happen. They’re just a fact of life for us golfers. They happen for you. They happen for me. They even happen to PGA Tour stars. Fortunately, TaylorMade came up with a solution it thinks may work for golfers of all skill levels: the new RSi Irons. Read More

Callaway Golf’s Big Bertha driver series has always been a fan favorite among golfers and got a facelift earlier in 2014 with the new Big Bertha and Big Bertha Alpha models. Those that enjoyed that update to the line are going to love the new 2015 Big Bertha Alpha 815 and 815 Double Black Diamond, which expand on what made their predecessors so great. Read More

New material, new technology and the same player-preferred performance. That’s the Titleist 915 driver in a nutshell. But that’s not all to know about the brand’s most recent update to its line of successful drivers. In fact, there’s a lot to learn about the advanced design of the 915. Read More