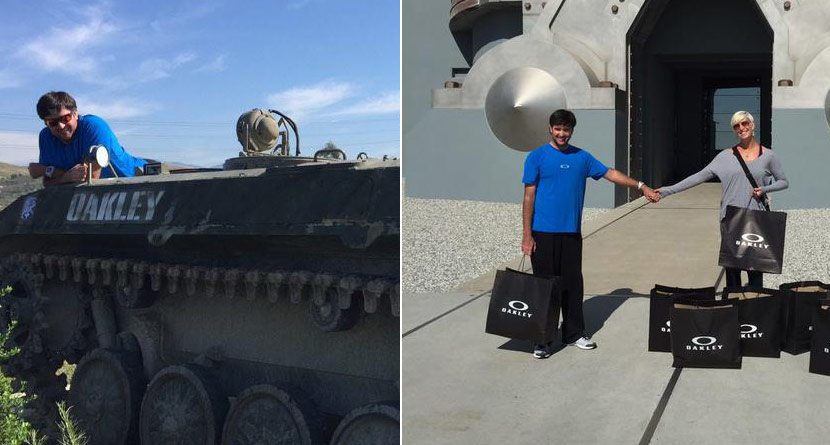 Bubba Watson is in Los Angeles this week to defend his title at the Northern Trust Open — but before getting in some reps at Riviera, one of his sponsors gave him the VIP treatment.

Watson and his wife, Angie, toured Oakley’s headquarters in Foothill Ranch, Calif. Monday and it looks like they had themselves some fun judging by Bubba’s Twitter account:

Thanks @oakley for letting me use the tank!! #IconicOakley pic.twitter.com/OuRyVIUvJQ

Bubba Golf: 9 Reasons We Love Bubba Watson | What To Expect From Bubba In 2015

Apparently, it’s even better to be the wife of a Masters champion.