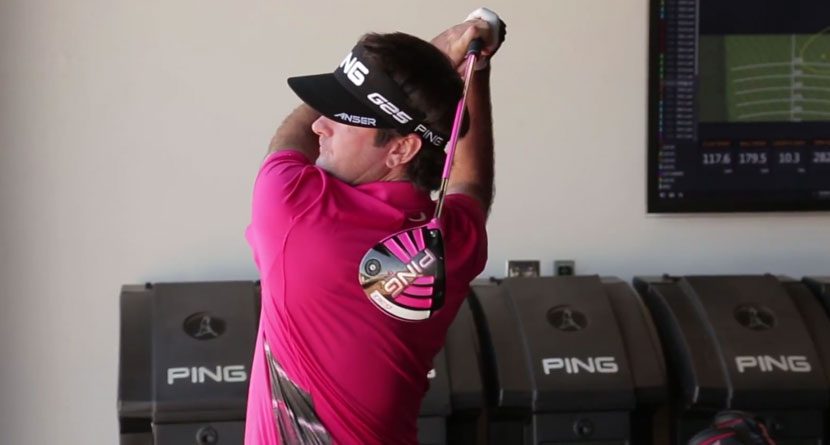 We all know that two-time Masters champion Bubba Watson can murder the golf ball. We also know that PING Golf — one of the leading club manufacturers in the world – just unveiled their new G30 driver. What we didn’t know was what would happen if those two sides met on a driving range.

Welp. Now we do. And it was something to behold.

He just hit that ball 362 yards like it was nothing. THREE. SIXTY. TWO. Hell, he even carried the thing 338. Bubba makes me so angry. But in a good way.

So the new PING G30 is more than likely going to increase your driver distance by increasing your clubhead speed. How does it do that? Like Bubba referred to in the video, the G30 has these little bumpy things on its crown called “turbulators,” which cut through the air like a hot knife through butter.

Without getting too deep into the nerdy specifications of this driver, the G30 features the lowest center-of-gravity found in any PING club to date, a thinner club face than most anything on the market, and high MOI throughout the club’s weight. All of that – coupled with a fully-adjustable clubhead — equates to massive distance gains and control.

Look for the PING G30 to hit the shelves later this summer/fall.