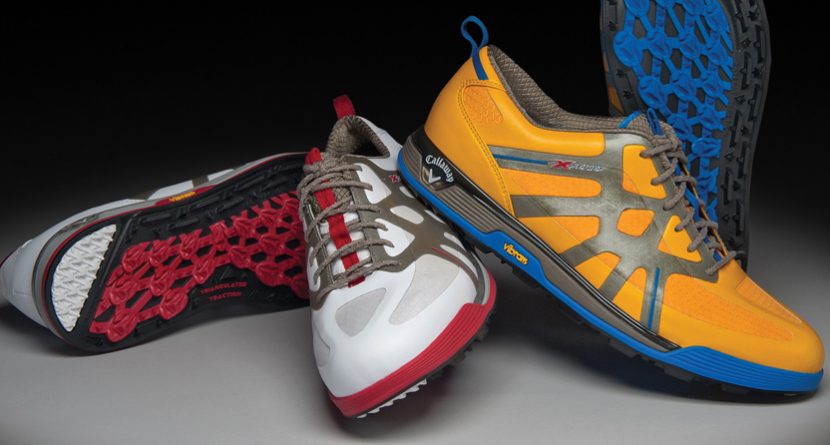 Callaway Golf is quickly becoming one of the more stylish companies in the golf apparel game, and their new 2014 line of footwear is no exception.

The company issued a press release Friday announcing their new line, which features shoes equipped with Vibram and Superfeet technology. Both elements promote increased traction and performance in a spikeless golf shoe. “Our 2014 product line is a tribute to Callaway’s long history as a leader in technological innovations that help golfers play better and make the game more enjoyable,” said Callaway Footwear Vice President of Product Jake Pinger in the release. “In the X Cage product, for example, we set out to make a golf shoe that is as important to your game as an iron, putter or driver.”

Both shoes are constructed to balance out a player’s weight distribution throughout the golf swing. This not only promotes increased traction overall, but also leads to better balance and ultimately better control over your swing.

Both shoe lines are available as of November 1st.