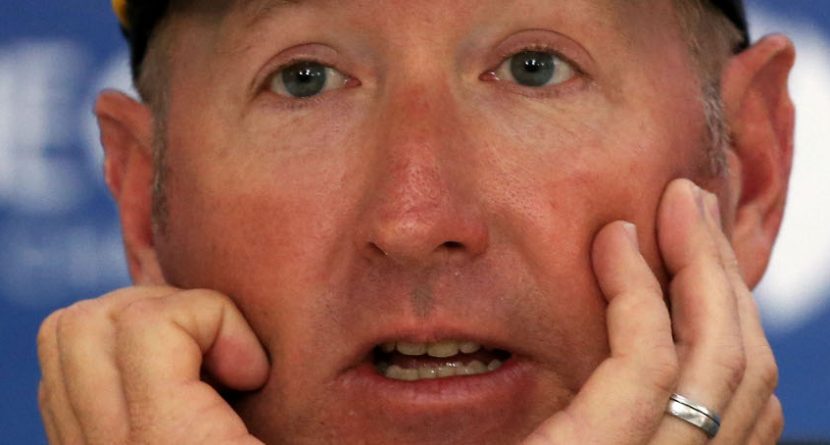 A familiar face returns to competitive golf this week at the Pebble Beach National Pro-Am, once again donning the Nike Golf swoosh he wore when he was the top-ranked player in the world.

Times have been rough for Duval since falling from the top-spot of the Official World Golf Ranking in April 1999 and winning the 2001 Open Championship. After being diagnosed with vertigo and suffering a slew of injuries in the following years, the former major winner slid down the world ranking rapidly. He would ultimately lose his PGA Tour card prior to the 2004 season. Save for a brilliant showing (T- 2) at the 2009 US Open at Bethpage, Duval has continued to struggle.

Duval most recently spent time as an ESPN golf analyst for the 2012 U.S. Open but never lost sight of his goal of returning to the PGA Tour. Over time, Duval used the last of his career money list playing exemptions to compete in larger tournaments, giving him enough competition and practice to steadily improve his game over time.

On Monday, NIKE Golf officially announced re-signing Duval to a playing contract for 2013, which he will showcase this week at Pebble Beach.