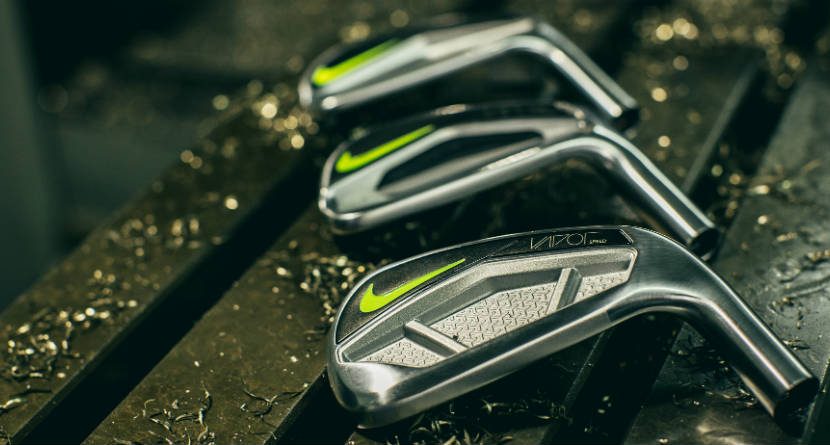 When Nike Golf unveiled the new Vapor irons series earlier this week – with the help of Rory McIlroy, Tiger Woods and talk show host Jimmy Fallon – golfers everywhere were blown away by their unique look and promise of “redesigning the blade.”

So, what makes the Nike Vapor irons so special? Quite a bit, as it turns out.

With the Vapor irons, Nike is attempting to reimagine what club categories like “blade,” “muscleback” and “cavityback” mean to the modern golfer. Back in the day, hearing someone say they play blades meant they were exceptional ballstrikers whom you’d never want to challenge on the course. Conversely, players known to play musclebacks or thicker, more forgiving irons carried a stigma that they weren’t as skilled at the game.

The new Vapor series hopes to throw some of those stereotypes out the window while building on other features.

For example, the Vapor Pro irons are designed for low-handicap players but are totally playable by mid-to-high-handicappers who like to shape the ball. Similarly, the Vapor Speed irons will benefit high-handicap players who lack distance while providing shot versatility and exceptional feel to the better player. Finally, the Vapor Pro Combo irons offer the best of both worlds to players looking for a great combo set.

Oh, and let’s not forget the incredible aesthetics of these clubs, including their bright yellow Nike swoosh logos. Talk about the ideal club design for the modern golfer. Even Woods and McIlroy are fans. Both players played a part in the research and development that went into the production of the Vapor Pro.

“Working with the club team to bring this concept to life was a great experience,” Woods said at a Nike Golf event in New York City on Wednesday. “I hit three or four shots with the Vapor Pro, and I knew right away – they sound and feel more solid, more balanced and even more consistent than the tungsten loaded traditional blades I have played for years.”

McIlroy was pleased with the irons’ clear focus on consistency and feel.

“When I joined the Nike team, the VR Pro Blade irons were one of the easiest transitions in my bag. To improve my performance, my collaborations with the Oven team were based upon consistency and feel,” he said. “With the new Vapor Pro irons, they’ve worked to achieve that for me.”