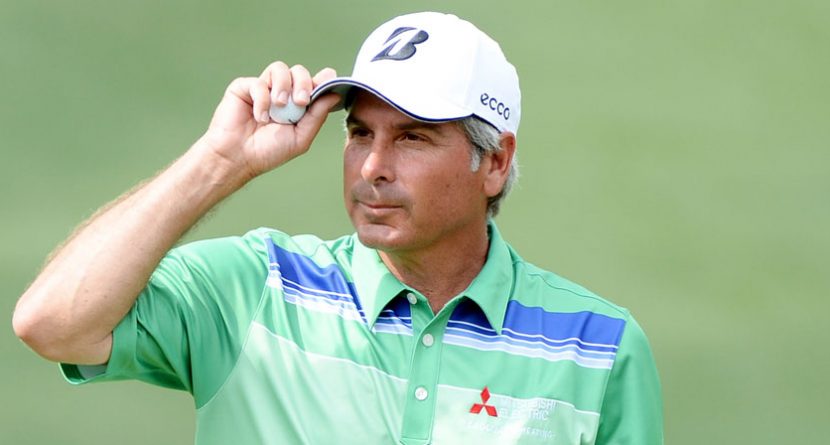 Fred Couples said Thursday after his first-round 68 that left him two shots of the lead at the Masters that he gets “fired up” when he competes at Augusta National.

It makes sense, then, for the 1992 Masters champion to be wearing an array of Augusta green this week from outfitter Ashworth.

Ashworth released a collection of shirts, called the Season Opener collection, in time for the Masters with shirts featuring green prominently in the color palette. The shirts include patterns of green stripes, crisscrosses and gradients to be worn by Couples, as well as fellow Masters entrants Stewart Cink and Michael Thompson.

This collection is also available at retail for $75 per shirt.

Check out what Tiger Woods and Rory McIlroy are wearing each day of the Masters!