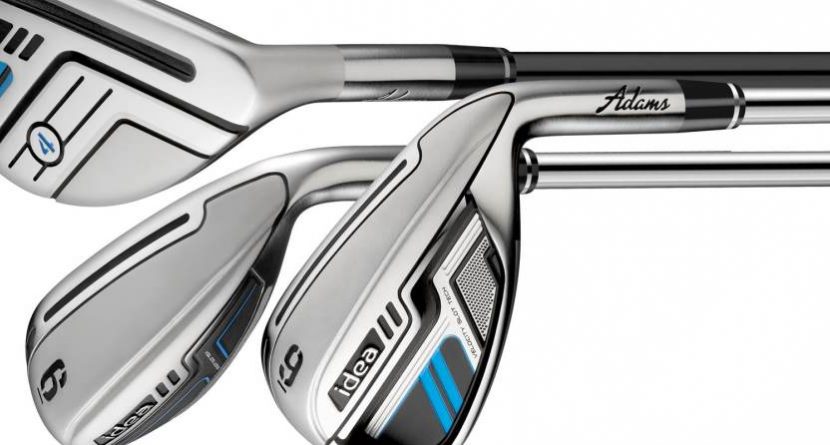 Adams Golf has long been known for its innovative approaches to fairway woods and hybrids, dating back to the original Tight Lies clubs of the 1990s. In addition to a revamped version of the Tight Lies in 2013, Adams Golf has also announced a brand-new line of hybrid-inspired game improvement irons.

The main feature of the New Idea Hybrid Irons is what the company is calling a revolutionary wraparound slot that generates higher ball speeds and increased forgiveness on off-center hits. Aimed at players with a handicap ranging from 8 to 18, the new design should translate to more yardage and accuracy for the average player.

“With a concentration on developing technology that golfers really need, we created these industry-first wraparound slots on the toe to compensate for a very common mishit,” said Justin Honea, Senior Director of Research and Development. “New Idea irons are definitely our easiest to hit, with measurable improvements in ball speeds and forgiveness where players require it most.”

“These are our easiest-to-hit hybrids ever, period, as we continue to expand the sweet spot,” Honea continued. “Hybrids are our specialty, so we take extra pride in improving ball speed and forgiveness for shots that challenge golfers the most.”

The Adams Golf New Idea Hybrid Irons are set to hit the shelves on October 15th and will be available at all major golf retailers.