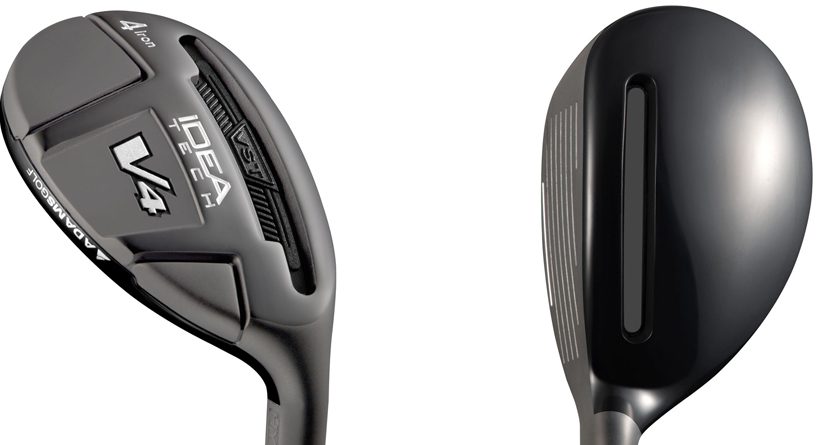 Hybrid clubs are a good option for both amateurs and professionals alike. And you’ll be hard-pressed to find a better hybrid clubmaker than Adams Golf, who recently released their new Idea Tech V4 series.

First and foremost, this club does not have a traditional wood appearance. While hybrids are by no means “traditional” by design, I found the Idea Tech V4 to look more “futuristic” than anything else. The crown of the club features a slot cavity meant to cut through the air but I found it to be a tad distracting from an appearance standpoint.

Performance was a completely different story. This club is rock solid and a beast on distance. Adams’ ambitious approach to design and face flexibility has certainly paid off, providing players upwards of 10 additional yards on flush hits. Company engineers suggest the unique head design and slot technology promote a “spring-like” face effect, which, when coupled with tungsten weights to lower the club’s COG, gets the golf ball airborne and on a penetrating ball flight.

Once you can get past the non-traditional appearance of the clubhead, this hybrid is incredibly solid and consistent from a variety of lies.

Available in lofts ranging from 17-32 degrees, the 2013 Idea Tech V4 series hybrids can be found at all major club retailers.