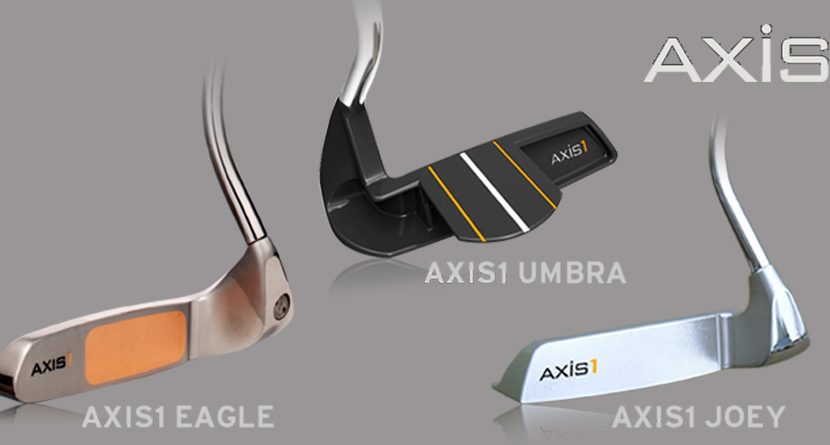 The decision made last year by golf’s governing bodies to propose a ban the anchored  stroke delivered a blow to putter companies who had struck gold with the belly- and long-putter niche. Axis 1 Golf hopes to bring a fitting alternative to fans who were impacted by the ban and aren’t quite ready to resort to a traditional flatstick.

According to GolfWRX, Axis 1 Golf is not your typical money-club. Their putter design is non-traditional, slightly gaudy and can take some getting used to; however, the science behind Axis 1 is anything but old-fashioned. Deemed as the “Putter The Never Turns On You,” Axis 1 putters feature a unique hosel and clubhead design that gives each clubhead an inverted “L” shape.

The company’s Eagle, Joey and Umbra designs all feature perimeter weighting that imitate the pendulum-like swing many golfers found by using an anchored stroke. These putters are “torque-free,” which basically means the clubface will remain square longer than a traditional blade or mallet. The design also forces the club’s center-of-gravity to lie directly behind the golf ball at address, leading to more consistent rolls and heightened distance control.

The new 2013 Axis 1 line will be available in May of this year but can be previewed by visiting the company’s website.