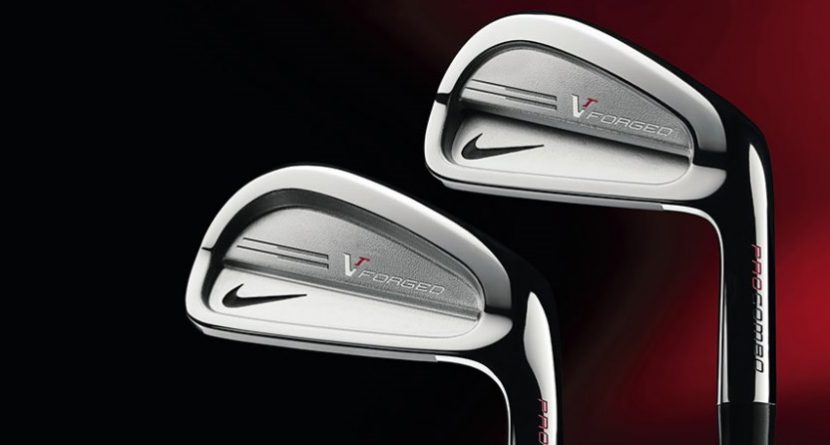 Nike Golf’s new VR Forged Pro Combo irons not only look great, they also perform better than any forged iron I have played up to this point. There is a lot of technology that goes into each club to make this a set you will have in your bag for years.

First, as the name implies, this iron set features a combination of cavity back clubheads for the longer irons and a traditional blade-like appearance for the shorter ones. In the long irons, the VR Forged Pro Combo irons have a hollow area to move the club’s center-of-gravity lower and deeper from the face. This helps you get the ball into the air at a launch angle much higher than you probably get with your clubs. For the short irons (7-iron through pitching wedge), the hollow area has been replaced with a one-piece cavity design that promotes increased control and consistency. Simply put, I was able to replicate the exact yardage I expected from each short club, which is vital to scoring well.

Nike got a ton of feedback from PGA Tour players on this set of irons, and it shows. While I am by no means a tour-caliber player (I’m a 9 handicap), I immediately felt and saw how my game will benefit from the VR Forged Pro Combo irons. There’s something special about the feel of a well-made forged iron, and these sticks may become the standard by which forged irons are measured.

The Nike VR Forged Pro Combo irons will be available on Nov. 1 and will retail for $999.99.