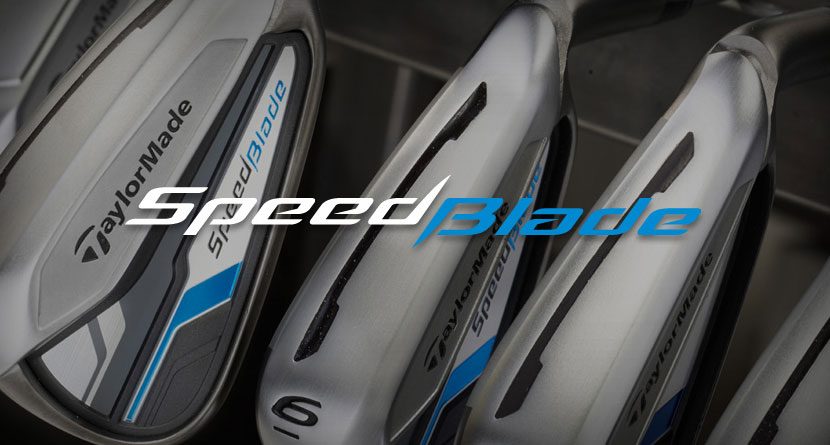 The PGA Tour is back in action this week at Conway Farms Golf Club for the BMW Championship and TaylorMade is back in the headlines with the clubmaker’s latest unveiling.

Following buzz over the last 12 months surrounding the RocketBladez Irons, R1 Driver and, most recently, the SLDR Driver, TaylorMade has unveiled its new SpeedBlade irons. Meant to succeed the RocketBladez, the SpeedBlade irons reportedly feature an enhanced ‘speed pocket’ which can contribute towards improved club head speed, distance and flight.

The SpeedBlade irons also feature a center of gravity that’s lower than the RocketBladez.

With the company’s release of the R1 driver, it claimed that 80 percent of golfers were playing the wrong loft. TaylorMade kept up with its performance research in creation of the new iron and says that 72 percent of iron shots hit by golfers playing between a 5 and 25 handicap are struck below the center of the clubface.

Only a handful of professional players carried the RocketBladez, leading TaylorMade engineers, when creating the SpeedBlades, to create an iron that would be playable by a 9-handicap as well as a proven Tour player.

Due for release Oct. 4, the SpeedBlade irons will come with a TaylorMade stock SpeedBlade 85 steel shaft ($799) or SpeedBlade graphite ($899).