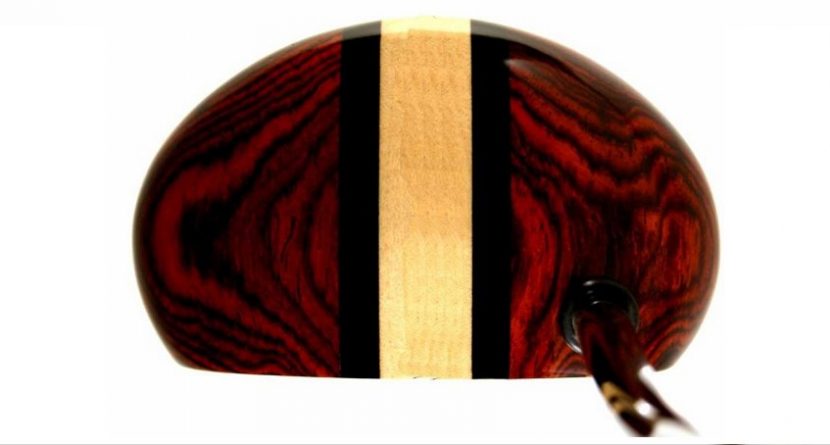 ORLANDO, Fla. – One of the more unique and stylish products showcased at the 2013 PGA Merchandise Show was the David Musty Putter, the only putter head made entirely out of wood.

As the brainchild of David Musty, a former home builder and custom stair designer, David Musty Putters are personalized to each player based on their choice of wood, head style and finish. Each putter features a high center-of-gravity to promote a true forward roll immediately after striking a putt. The enlarged sweet spot helps to eliminate offline putts and leads to more consistent makes.

What is most unique about David Musty Putters is that they will create a putter head out of any wooden object imaginable. In fact, sales director Bill Sendell informed me that a large tree from the 18th hole on Pebble Beach was broken down into a limited number of putter heads for the Pebble Beach Company.

After striking a few putts with a mallet-style Musty, I was surprised on how soft the putts rolled off the clubface and how true the ball rolled almost immediately. The solid wood beater aiming bar in the putter head helped with alignment and the putter’s perimeter weighting promoted a consistent stroke.

David Musty Putters can be purchased from the company website and pricing starts at $200.