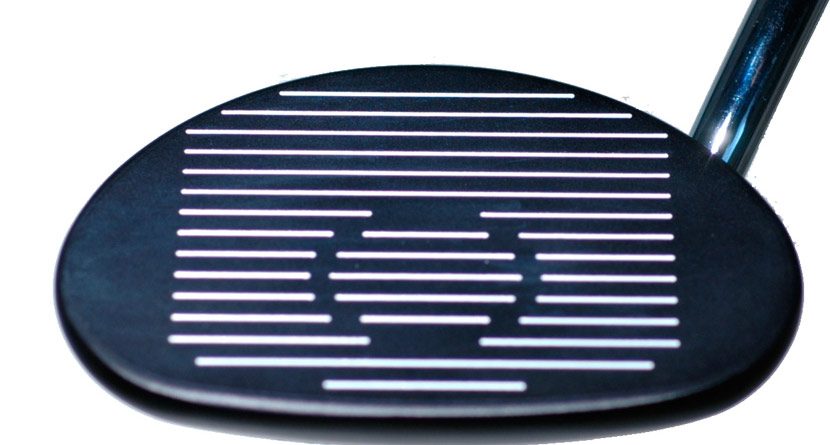 As the equipment reviewer for Back9Network, I see a lot of interesting golf gadgets and clubs. While most equipment prototypes miss more often than not, every so often I’ll stumble upon an idea that is actually rather impressive.

Herbie’s One Putt Wedge is one of those ideas.

I’m going to be completely honest for a second: I wasn’t completely sold on the idea of the One Putt Wedge when I first saw it at the PGA Merch Show last month. The club is basically a putter with a sand wedge’s loft. It’s a little bulky, somewhat heavy for a wedge and not very aesthetically pleasing.

Then I tested the One Putt by hitting a few chip shots. Like my mother always taught me: don’t judge a book by its cover.

Herbie’s One Putt Wedge is a solid golf club and performs wonderfully for its intended purpose: to help your short game. The key is to swing the club with a putter-like pendulum motion and let gravity and the lofted clubface do the work. I found the club to be very useful for chip shots as my golf ball got into the air and into a pure roll quickly and consistently.

The One Putt’s design positions your hands slightly ahead of the ball at address, providing you a natural “forward press” position. I already use a forward press in all of my golf shots, so this design feature took some getting used to as I often de-lofted the club. I was able to adjust my chipping motion after a few minutes and began honing-in on the flagstick.

Herbie’s One Putt Wedge can be purchased from the company website and retails for $139.00.