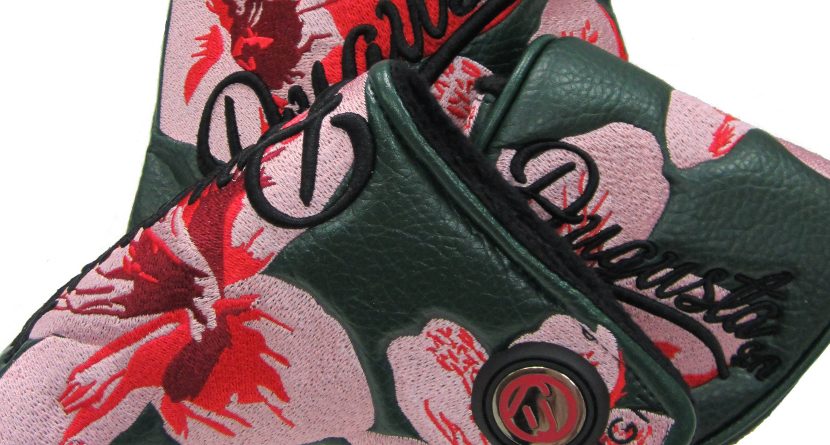 The Masters is still two months away but you can celebrate the year’s first major by donning your putter in Augusta green and Azalea red, courtesy of Ian Poulter’s fashion outfit.

IJP Design has unveiled their new Azalea Jacket limited-edition putter headcovers just in time for the Masters. As the first in a series of headcovers that will honor each of the year’s four majors, the Azalea Jacket design features images of the famous Georgia flower that line Augusta National’s fairways each spring.

The headcovers are slated for a March 2013 release and will be available for both blade and mallet putter head styles.

“We are tremendously excited for this year’s series of covers,” Truby said. “The 2012 series gave golfers the opportunity to express their individuality with a flash of color and prominent design for their golf bags and we hope to do the same with this year’s limited edition covers. The azaleas at Augusta are iconic and these covers encapsulate the striking colors of not only the flowers, but also the characteristic bold colors and style that have become synonymous with [Ian Poulter].”

The headcovers will be available online for $69.95.