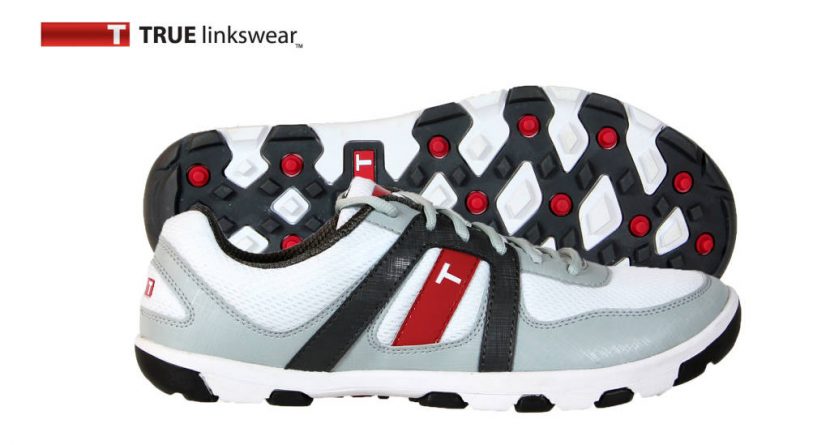 Though it’s not supposed to take that long, a round of golf can sometimes feel like a marathon. So, then, why not wear a shoe that has been put through a full 26.2-mile race?

That’s, in part, the logic behind the latest offering from TRUE Linkswear, released on Thursday.

The Sensei is a hybrid golf shoe blending the features of TRUE’s other well-received footwear with the look and feel of a modern running shoe, including a breathable mesh upper. The shoe also has a new spike pattern.

Like other TRUE shoes, the Sensei boasts memory foam on the inside and a wider toe box for comfort, as well as a low profile for better traction and performance.

The principals at TRUE are not only talking the talk. In the case of co-founder Rob Rigg, he’s running the run. Rigg ran the Portland Marathon in his own pair of Senseis in under four hours.

PGA Tour staffer and fellow co-founder Ryan Moore has been wearing the shoes, as well, including in his victory last month at the Justin Timberlake Shriners Hospitals for Children Open in Las Vegas.

The TRUE Linkswear Sensei shoe comes in three colors and retails for $99. It is available on their website, truelinkswear.com, and select brick-and-mortar stores.