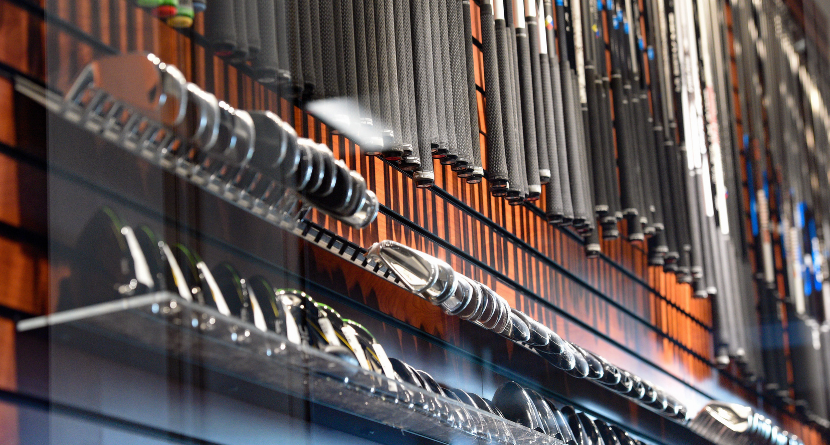 Golf is facing a unique conundrum stemming from the supply-chain crisis, a cruel irony to rival any Twilight Zone twist.

If you’ve never seen the episode entitled “Time Enough At Last,” which features what’s perhaps the classic sci-fi series’ most wrenching swerve, we’ll summarize it as briefly as possible: a man who loves books (and little else) becomes the lone survivor of a nuclear holocaust — only to break his coke-bottle glasses and render himself essentially blind.

What on earth does this have to do with golf? Well, as you’re likely aware, golf as an industry is in a very healthy place. New players showed up in droves in the spring of 2020, when they could do virtually nothing else for fun amid the COVID outbreak. And by and large, these new participants have stuck around, contributing to a seismic boom for the business.

But here’s the twist: golf is not immune to the material shortages mucking up the market for manufacturers around the world. Indefinite shipping delays have plagued the equipment sector, leaving both consumers and retailers in the dark as to when back-ordered products will re-emerge. From shoes to range balls to premium wedges — the issues are widespread and a resolution does not appear imminent.

Yes, it seems the sport that for so long was too exclusive for its own good has finally given everyone a fair shake. But now it’s struggling to sustain its growth by leaving eager novices empty-handed.

“As much fun as this should be for everybody, including the customers, it’s been equally as frustrating,” one club-fitter told Ryan. “The problem is you just can’t get the clubs to go with [the demand]. You go back any time before this, and it was a shock if you ordered a set of golf clubs and it took three weeks.”

On the positive side, the consensus among retailers Ryan interviewed was that most consumers are sympathetic — to a point. Patience is bound to wane as weeks turn into months, and there have been instances of canceled orders when an estimated delivery date becomes too much of a moving target.

It’s worth noting, as one of Ryan’s sources did, that golf is an inherently plodding and methodical pursuit. It rewards patience. Perhaps once the dust settles on the COVID-19 pandemic — whenever that might be — the golf industry will have a firmer grasp on just how real its gains are, as well as how it might better serve these newcomers who helped bridge such an uncertain gap.

“In our country, between our phones and our computers and everything, we can stay busy 24 hours a day,” remarked one former PGA Tour pro who now runs a course in North Carolina. “It’s a really easy thing to do. And golf is one of those things that people sacrifice their time for, and they’re realizing, once again, the holistic value of the game in their lives. It’s a wonderful thing to see.”