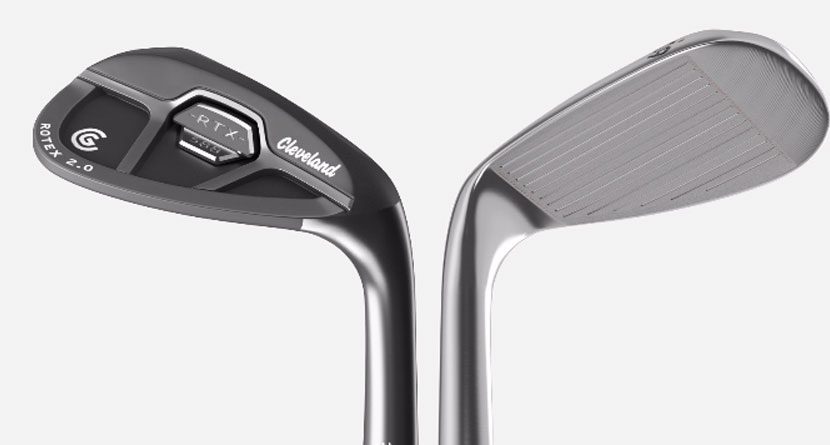 Is there room for improvement from the original? If so, how can the second iteration improve tastefully on the first?

In the case of the Cleveland RTX 2.0 wedges, it was a job well-done by engineers, who no doubt aimed to please while staying within the lines of what made the original RTX series a success.

When the RTX wedge series first launched last year, it was a major step in the right direction for wedges following the USGA groove rule coming into play.

This year’s second iteration is, well — it’s a leap.

We tested the series’ CB Black Satin wedge at 56, 58 and 60 degrees with a True Temper Dynamic Gold X100 shaft. And, much like the Tour Satin and Black Satin models, it all starts with the grooves.

Grooves for the Cleveland RTX 2.0 wedge series are cut an impressive eight percent deeper than its predecessor. Graeme McDowell, Keegan Bradley and Hideki Matsuyama played a part in the development of the original RTX wedges and Cleveland turned to its tour pros again to design the RTX 2.0. The goal was to help with consistency and performance inside of 125 yards.

The unique face pattern is quite noticeable. The milling process made the face rough — and pushed the new wedges to the USGA’s limit. What does this mean for you? You’ll see a unique and eye-pleasing pattern and more spin out of the rough.

The RTX 2.0 comes in three different grind options. Cleveland stuck to its dot system for identifying which is which. One dot is the low-bounce grind, two dots equals standard bounce while a full-sole head is shown by three dots. And you thought options were only available in your driver.

The Cleveland RTX 2.0 wedge series is available now and retail starting at $129.99.